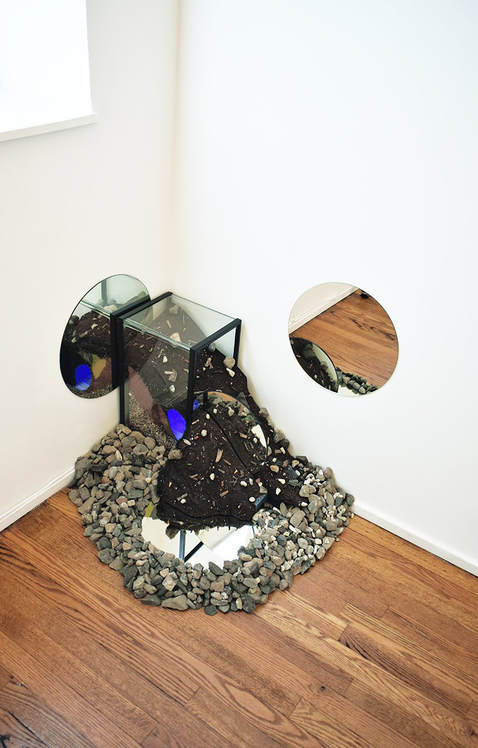 Photo : courtesy of Ulterior Gallery
This sculpture expresses the fourth aspect of the Kingdom of Kitai. The structure of the miniature mountain includes two tunnels in front that look as if they have almost been destroyed by landslides. There is one more tunnel on the side that is illuminated by the blue light of a Turbo-Sazae, one of the nine gods in the sound piece. With the mirror, the foreground
part of mountain becomes a pig’s head, with the tunnel as its nose and a stone as its ear. (Pig appeared in Decorative-Paper-Ball’s dream to predict the future disaster.) This sculpture has motifs from the other works.