Click here to watch the video
The Monk Parakeet Theater has a structure designed as a parakeet-size mobile theater with big tires and a black cloth covering the top. It is meant to evoke both an airplane and an old puppet theater; its wooden interior with wire net is at once theater, birdcage, dojo and cockpit: an image-based training space for the future. The structure has two floors, with a monitor on each floor; two videos are playing in sync, and there is a hole between the floors representing the hatch in the Enola Gay that opened and dropped Little Boy, the code name for the atomic bomb.
In the video, the performing humanoid parakeets look like the parakeets in the drawings, with faces covered by cloth and beaks made out of paper. An American and I were hired as actors. Acting in costume allowed me to set a condition of difficulty for myself: covering my face with cloth, I was unable to see. Without sight, I tried to imagine being at a point-blank distance from the explosion. I enact the characters in my imagination, which is inspired by documentary photos, movies and books. The Post-National Museum of Parakeet History is an attempt to express what some people try to remember with documents, as well as what history wants us to forget.
The movements which I acted remind me of practicing Kendo, a Japanese martial art that uses swordsmanship. I practiced it for 6 years. I remember the postures and movements by which I trained my body and mind. Five blind Japanese humanoid parakeets and a blind American prisoner humanoid parakeet make their postures to convey the tragedy and to ready themselves for the future. They are practicing the fire ritual to burn the Enola Gay, which will release the evil spirits that have been held and growing in her body ever since August 6th, 1945.
Drawings for "The Project to Dismantle the Enola Gay" (Animation video in the Monk Parakeet Theater)
2018
Sumi ink on paper
11 x 15 inches each 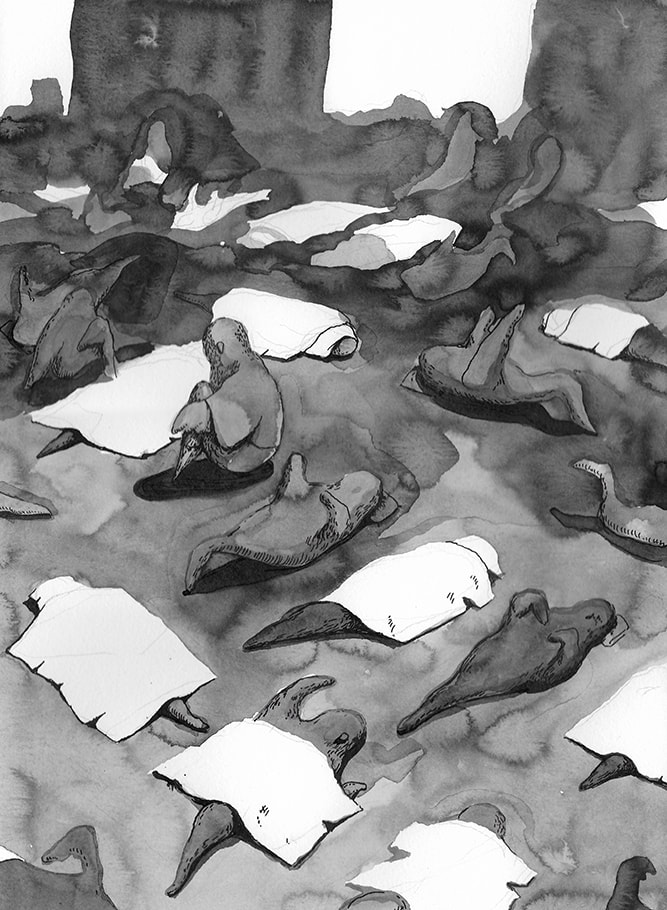 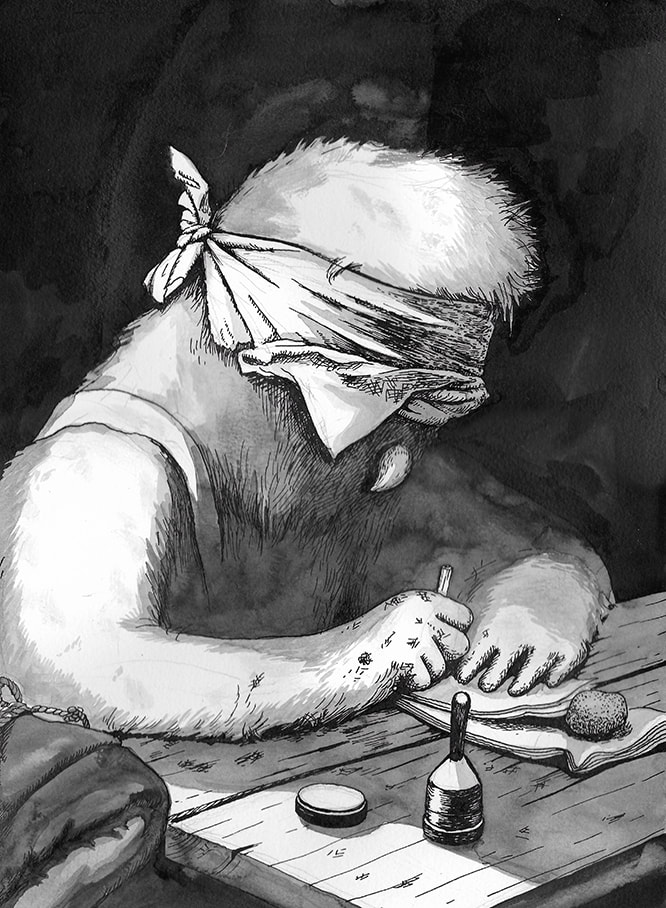 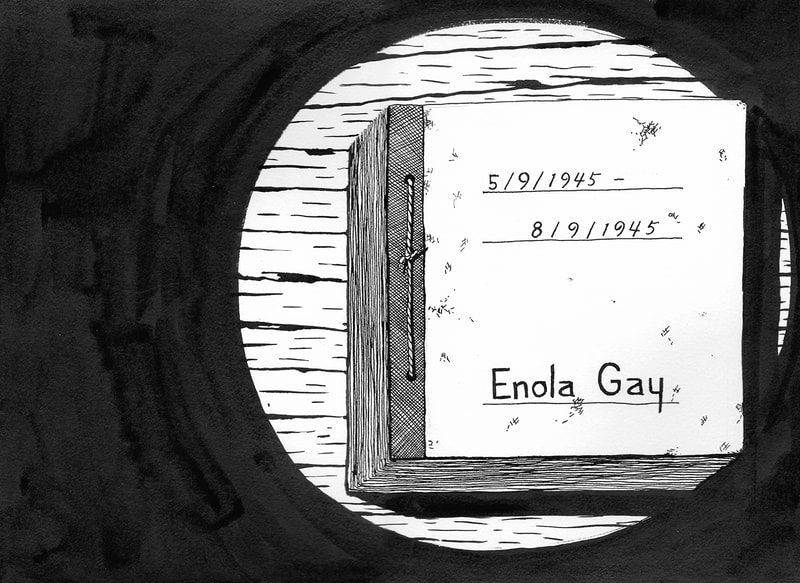 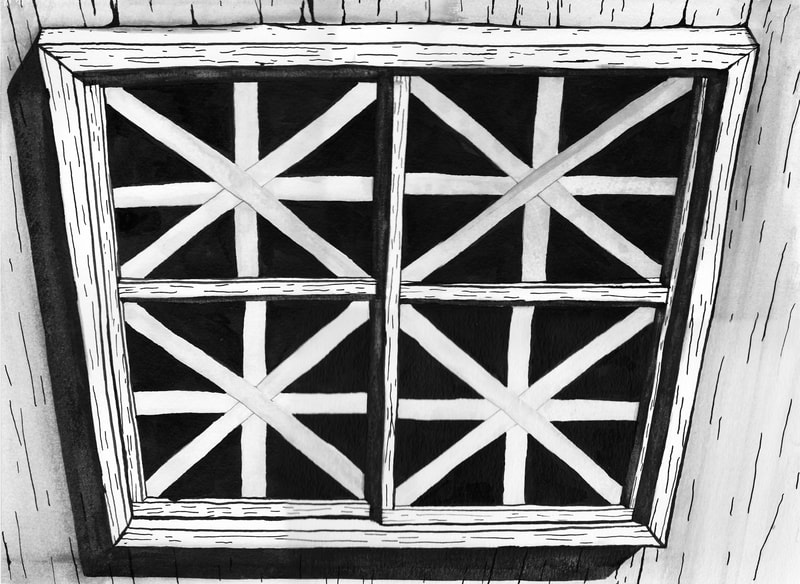 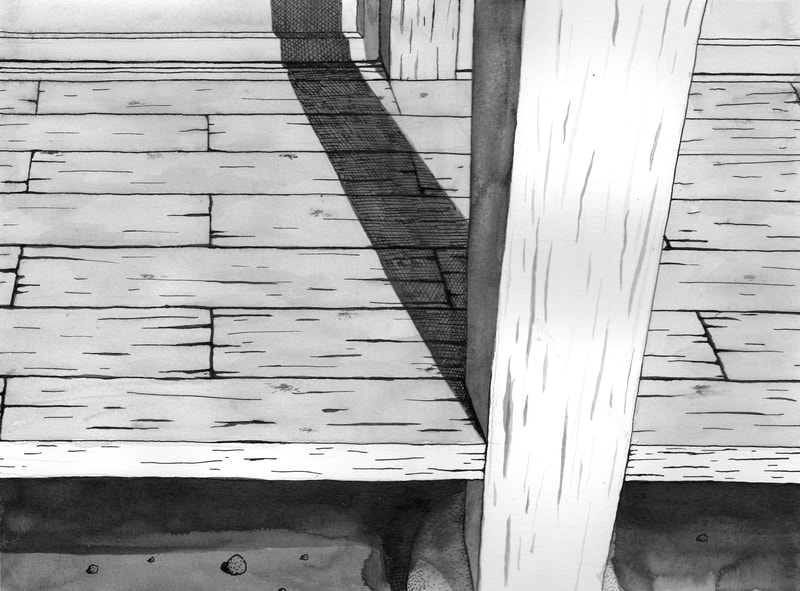 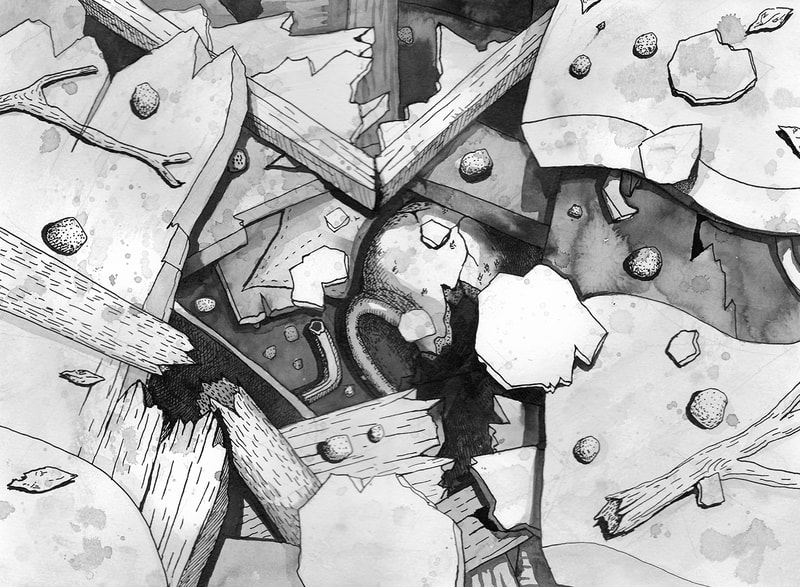 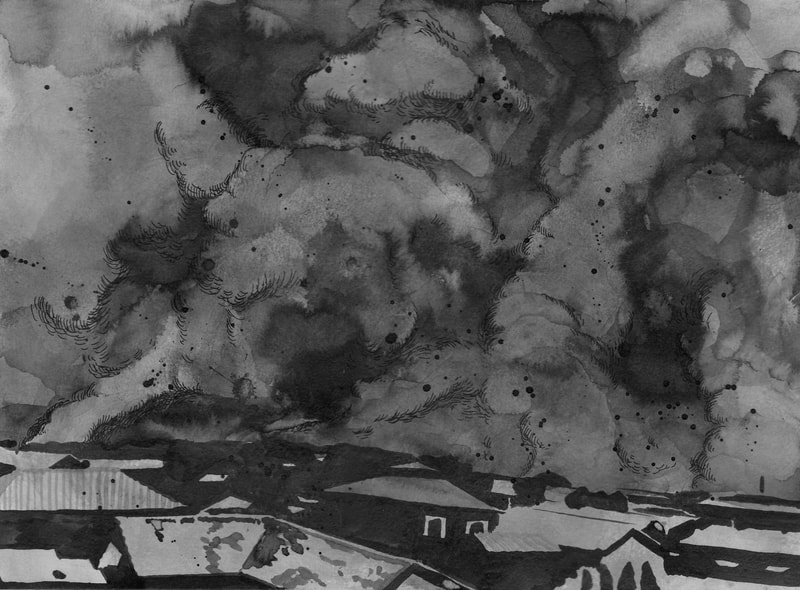 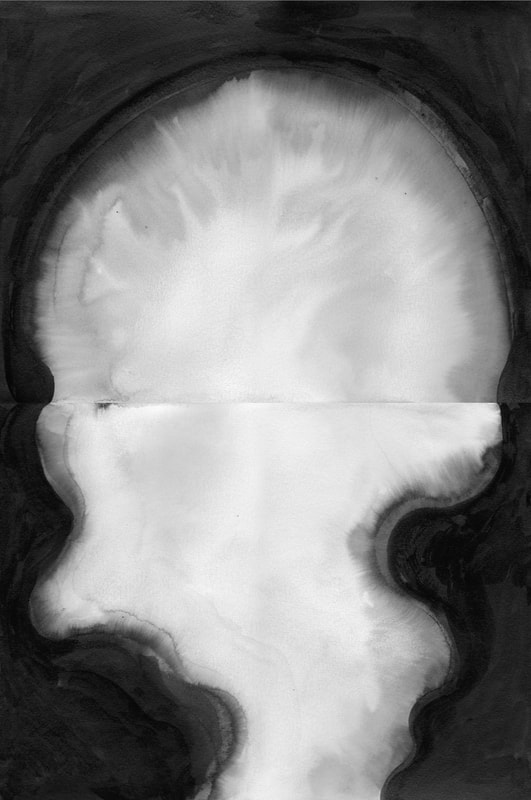 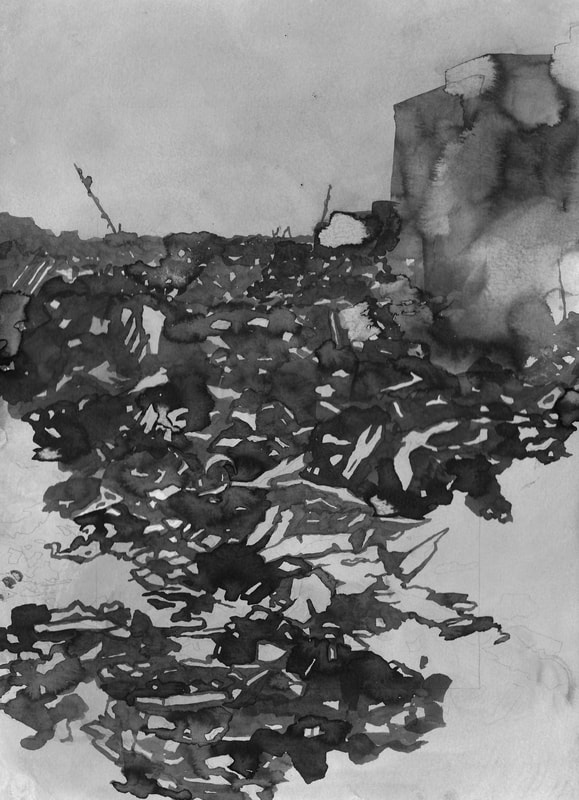 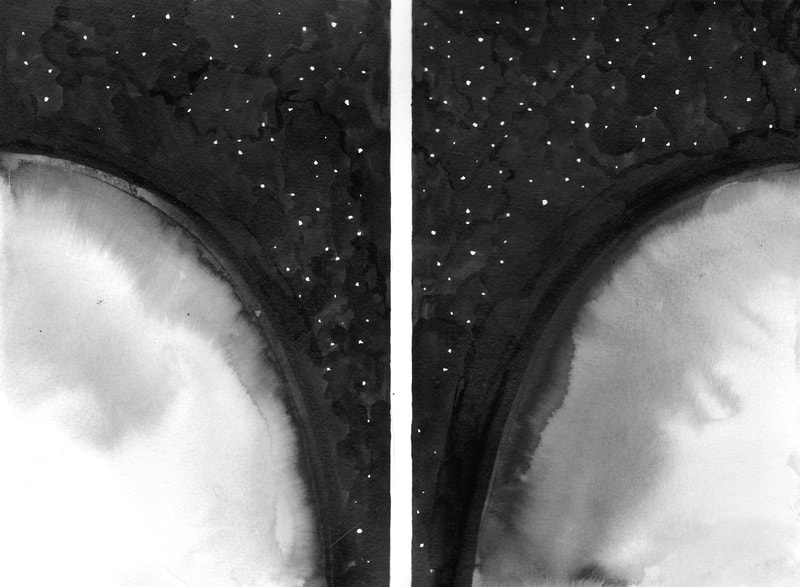 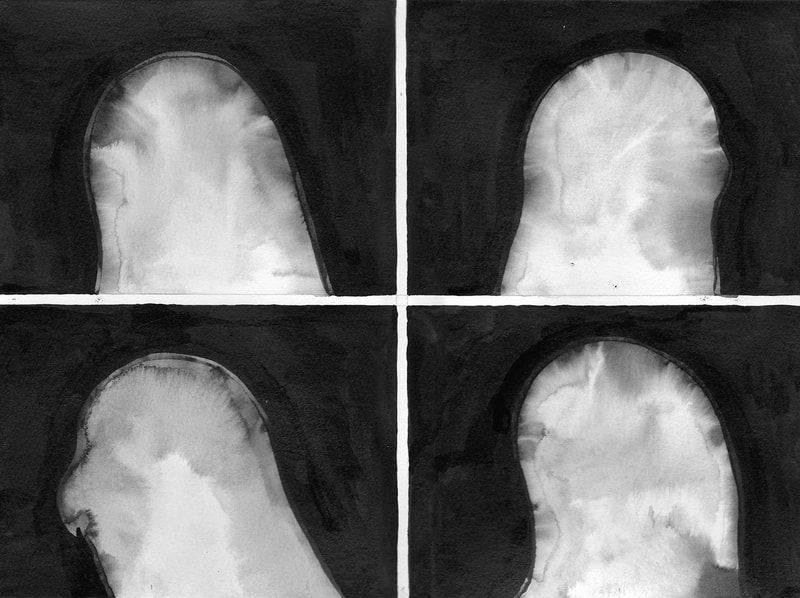 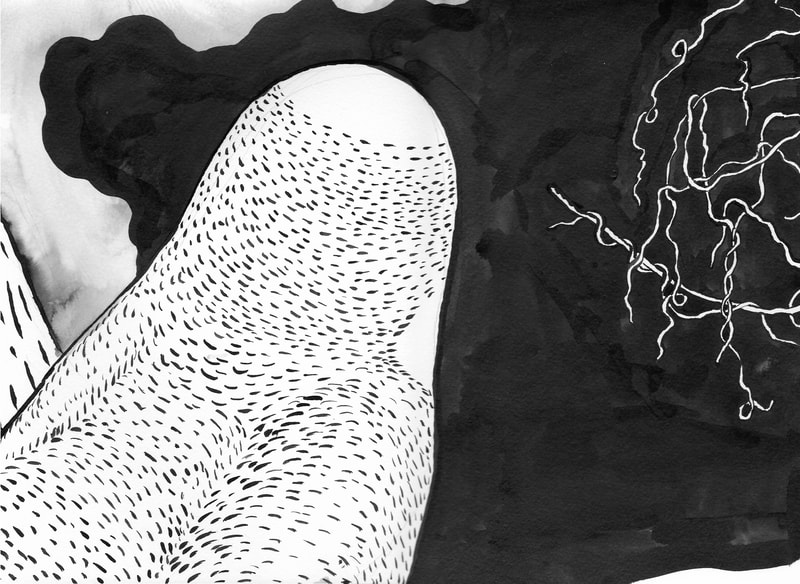 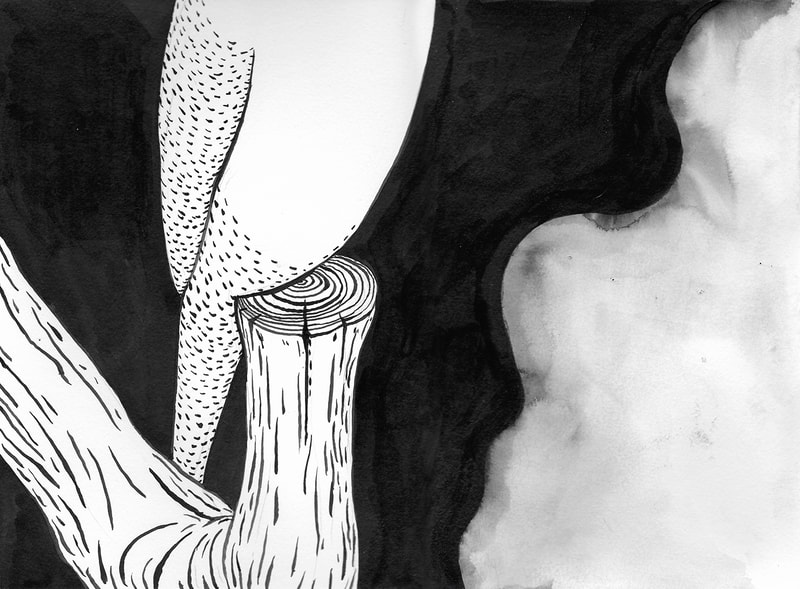 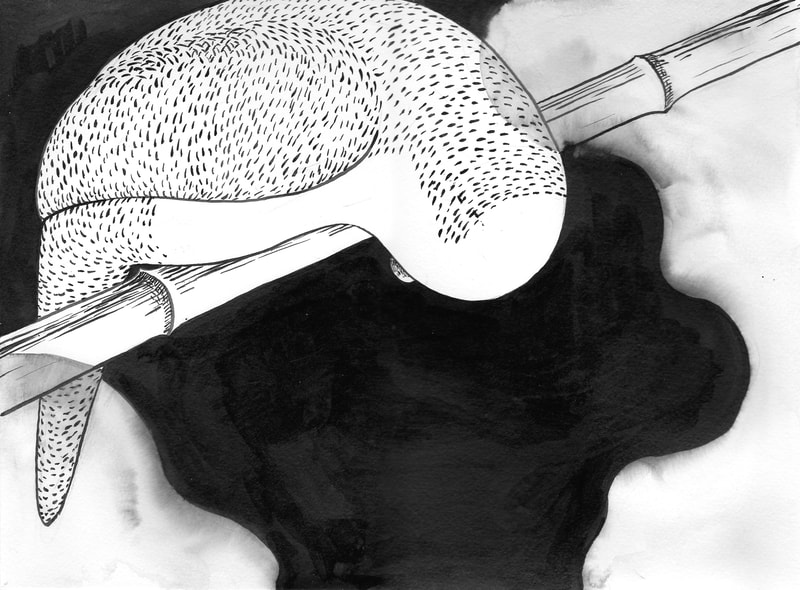 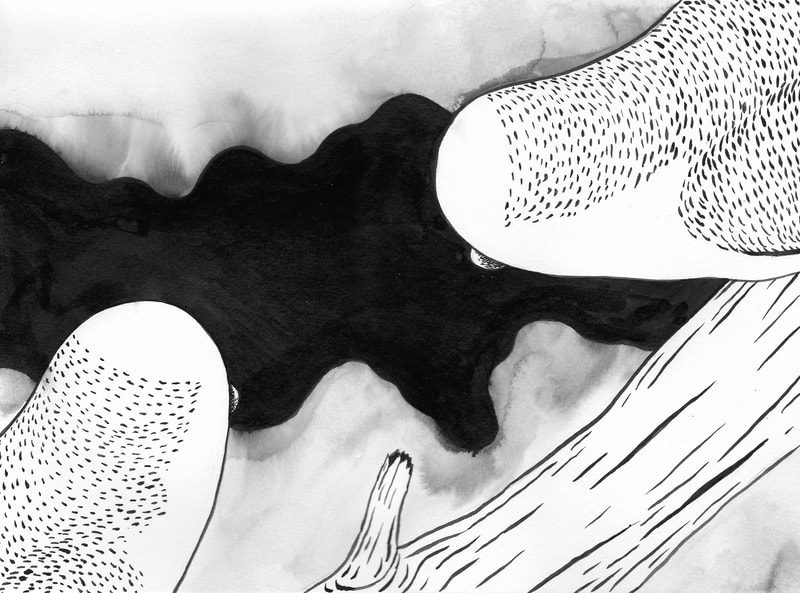 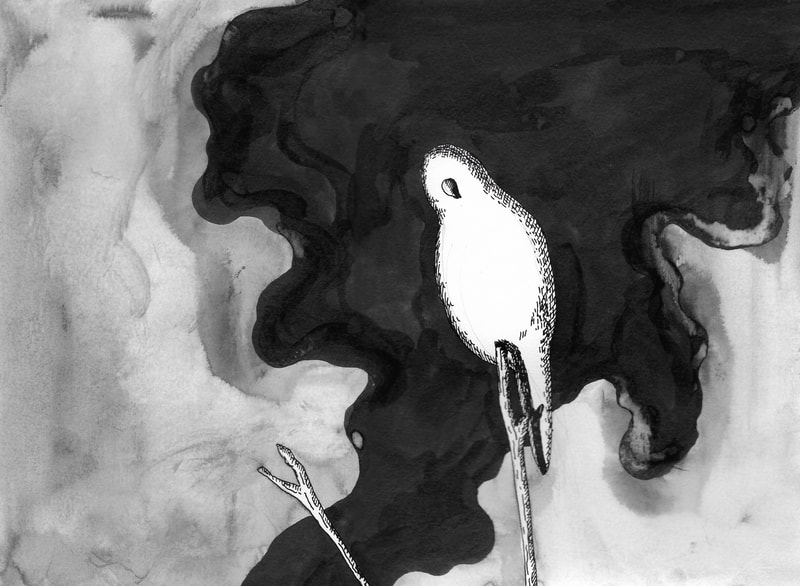 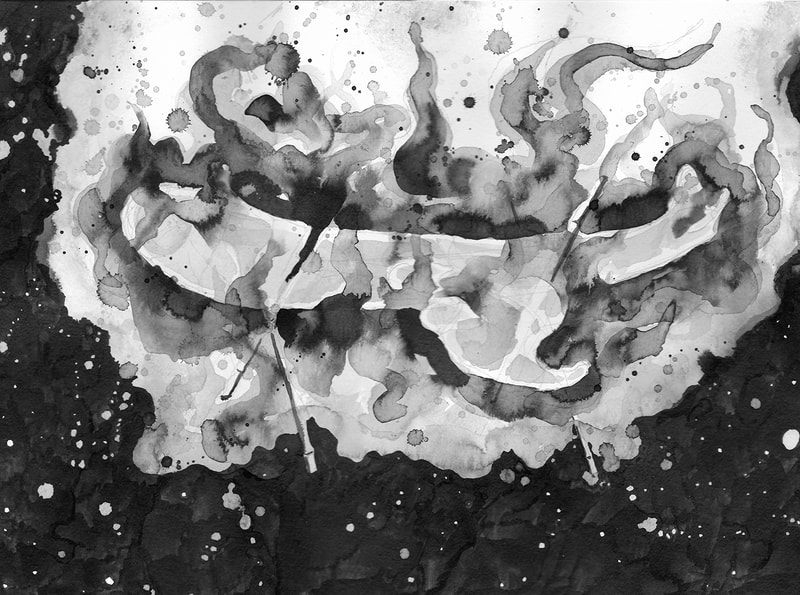