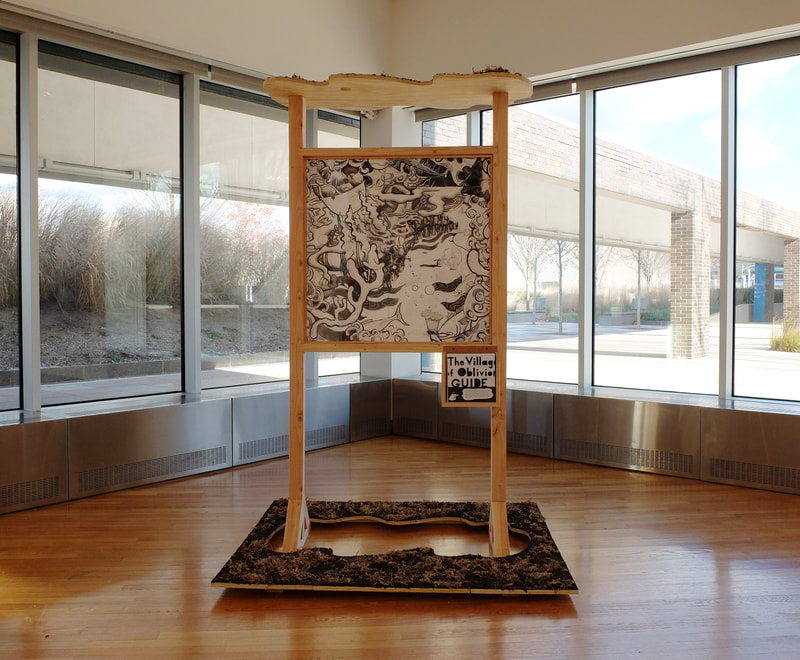 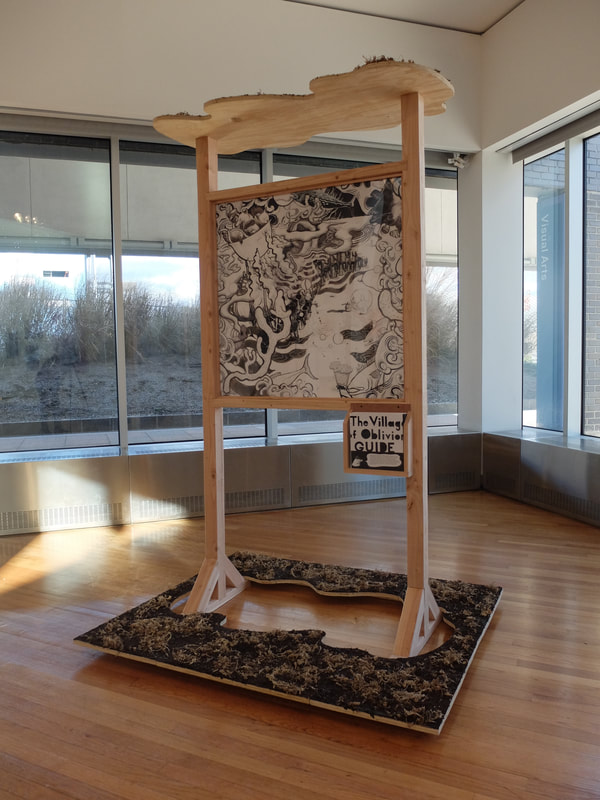 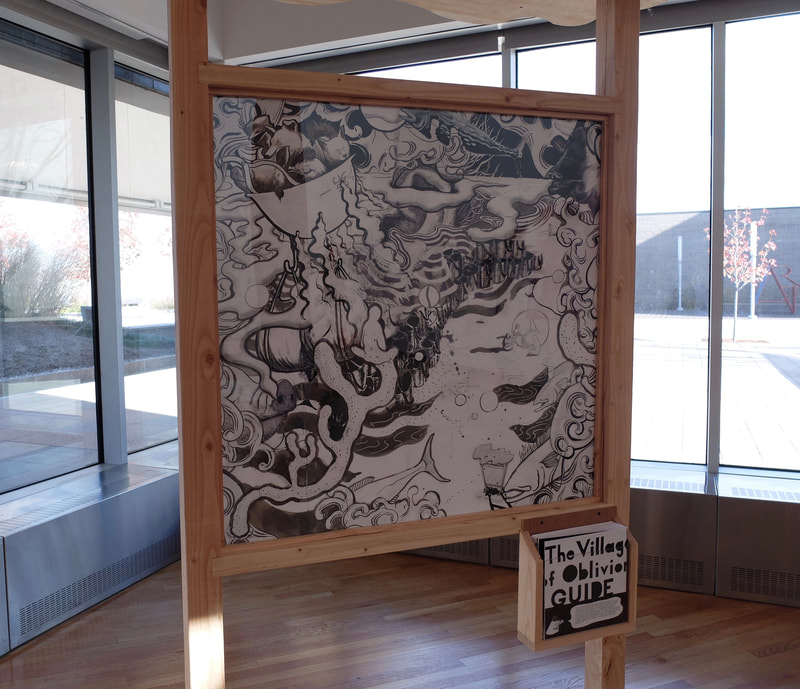 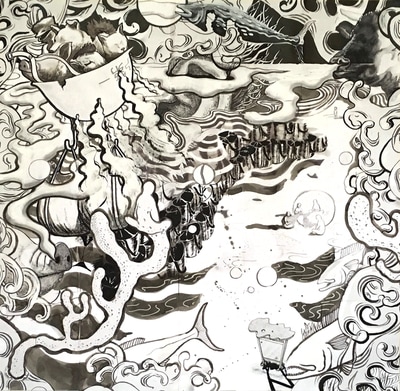 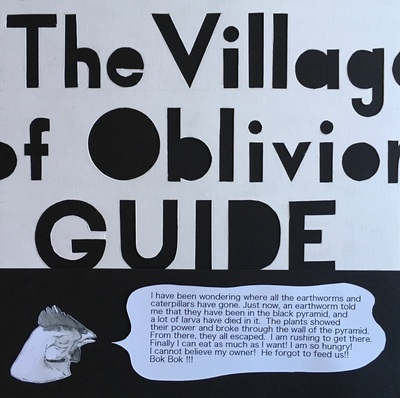 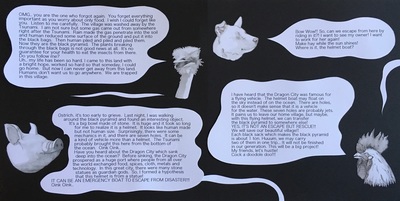 Kiosk of Oblivion is a sculpture in the shape of a park kiosk, with drawings that would refer to what was going on in Japan. The kiosk consists of a wooden structure, a complicated drawn map covered with Plexiglass, and leaflets that viewers can take away. This strange kiosk is meant to seem as if it is rising from the ground, as represented by a “hole” on the floor that has the same shape as the kiosk’s roof. In the map and leaflet, seven domestic animals who were left in
Fukushima right after the nuclear power plant meltdown—Dog, Cat, Cow, Pig, Hen, Rooster, and Ostrich—are showing the world of their disaster. They are discussing the condition of their polluted land, and also the discovery of a mysterious boat
shaped like a helmet near the so-called Black Pyramids which actually exists in Fukushima. These are piles of black plastic bags into which irradiated soil was scraped in order to be contained. The helmet-like boat, which is my own invention, seemed to the animals to have come from the bottom of the ocean, because it appeared after the tsunami. Pig has a hypothesis that the boat is from the Dragon City, which is a legendary city that sank into the bottom of the ocean long ago. The animals began to have hope of using the boat to escape from the polluted land.