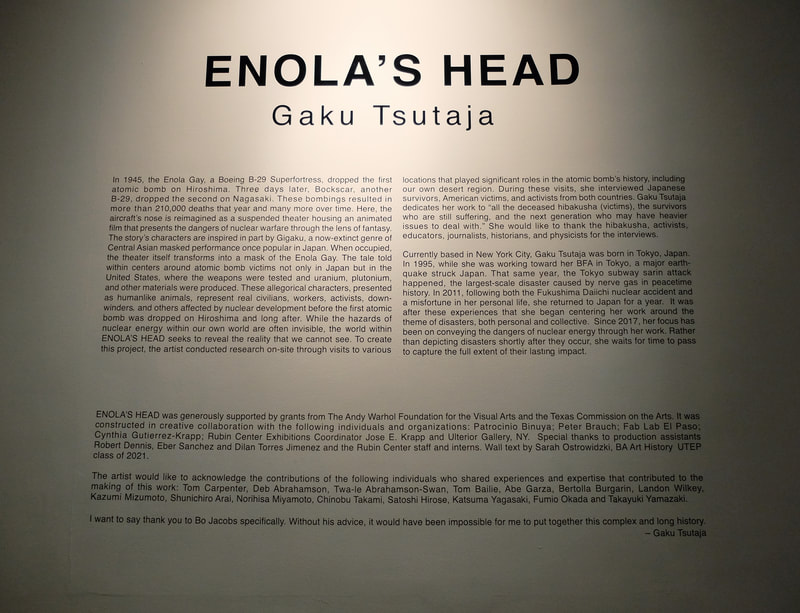 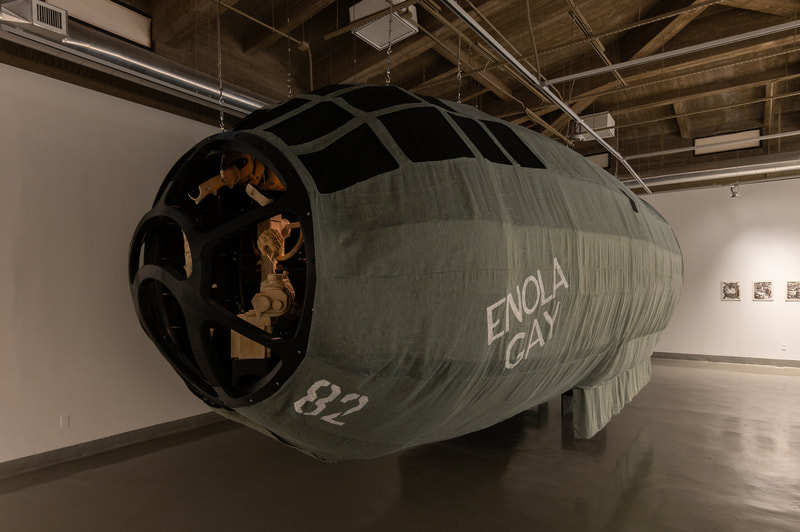 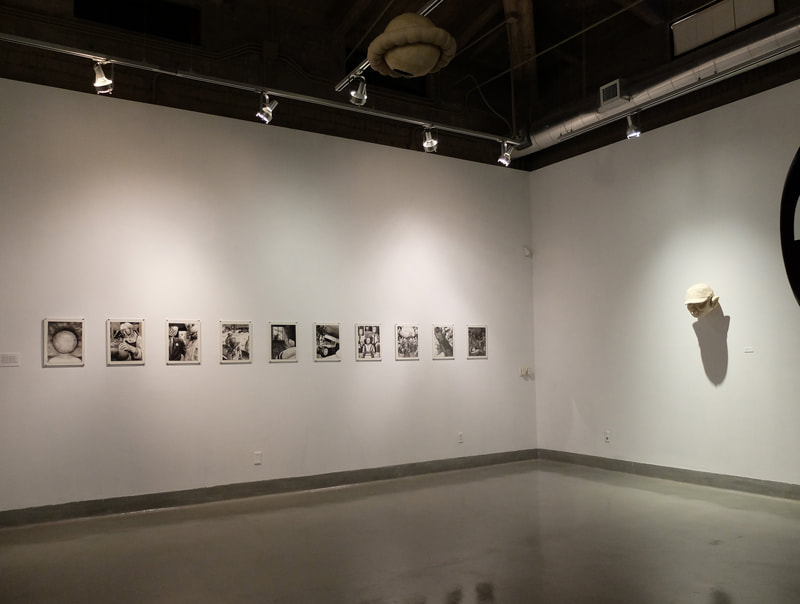 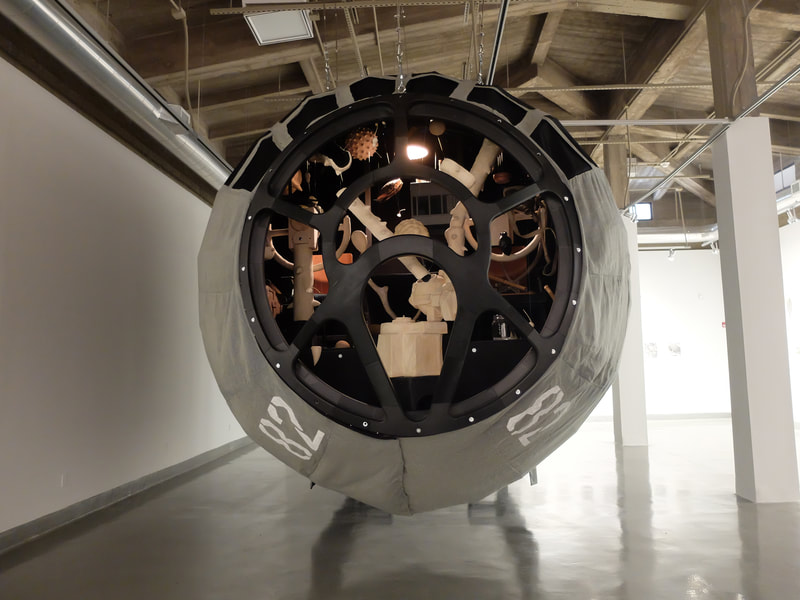 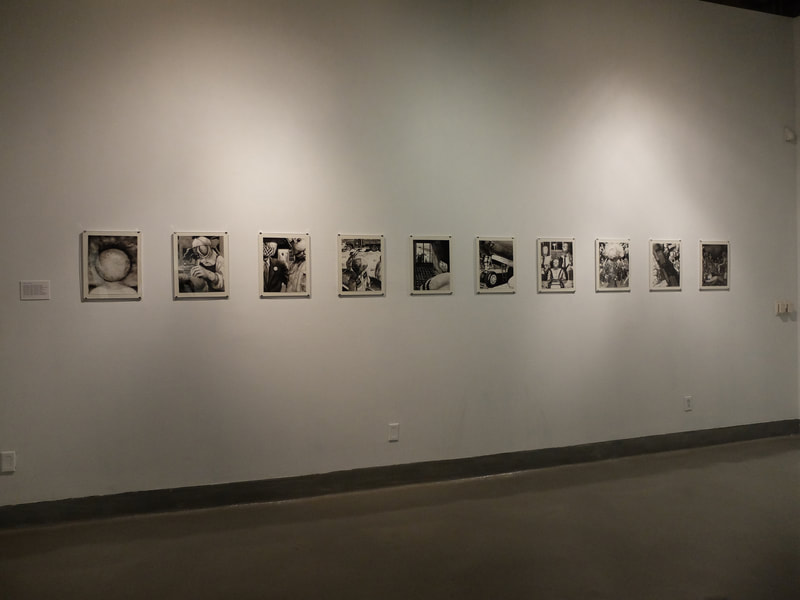 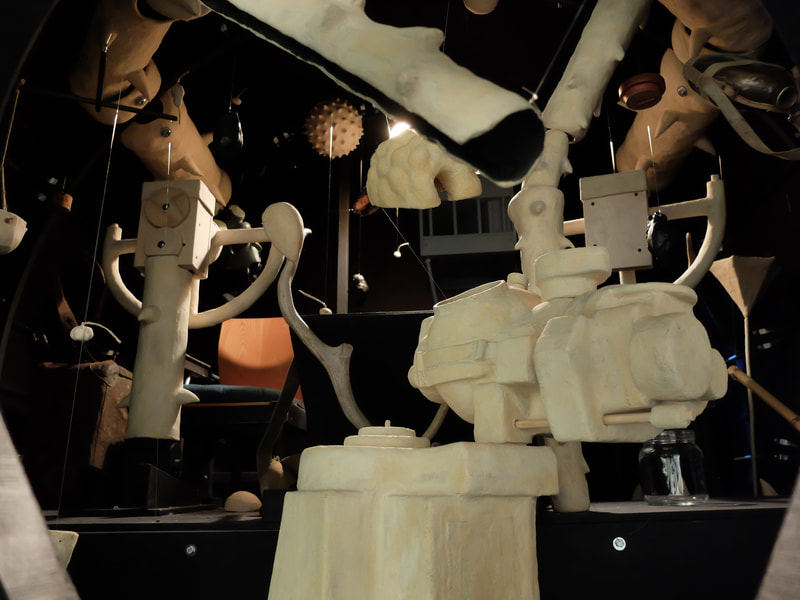 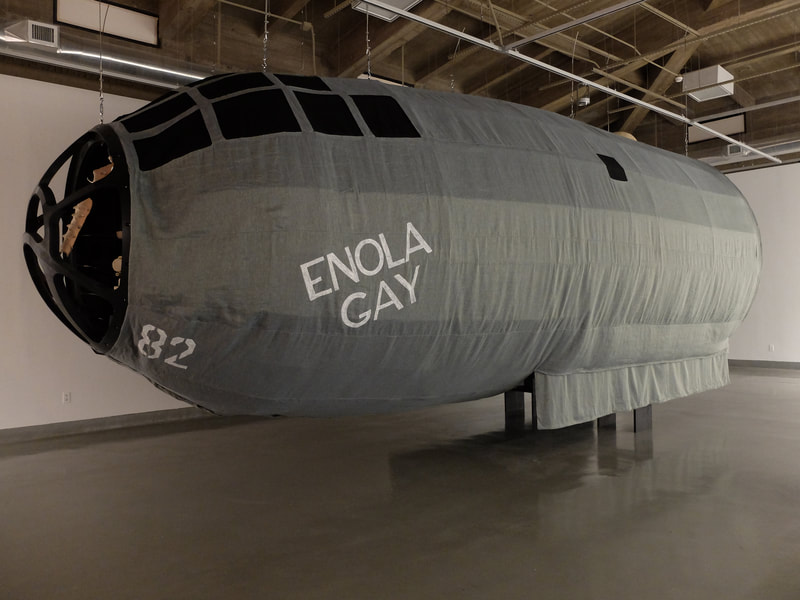 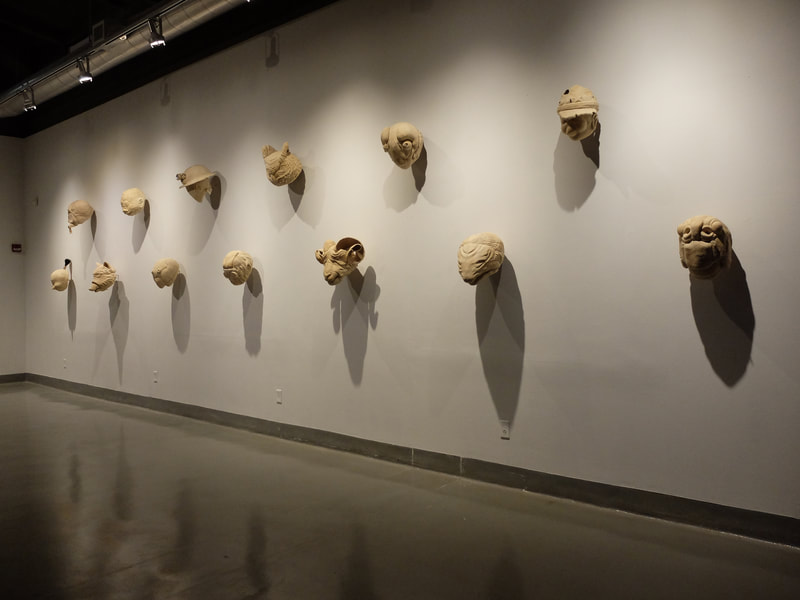 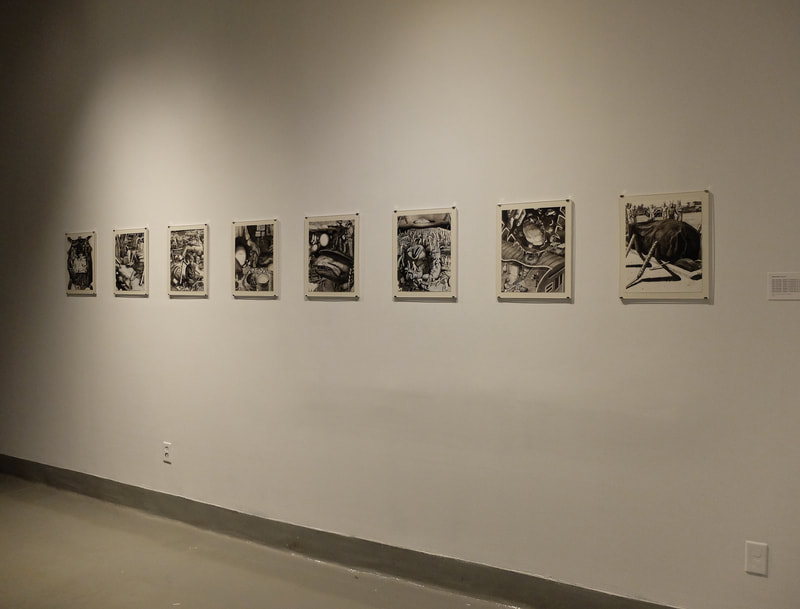 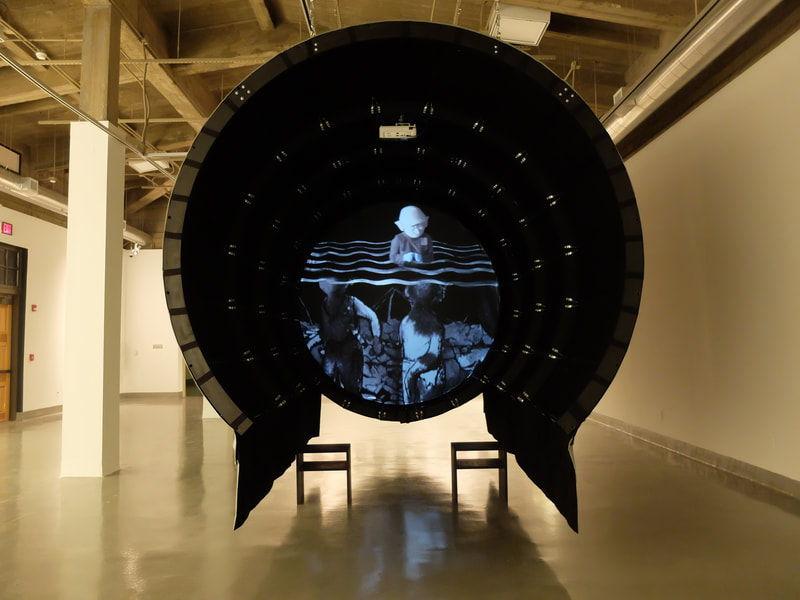 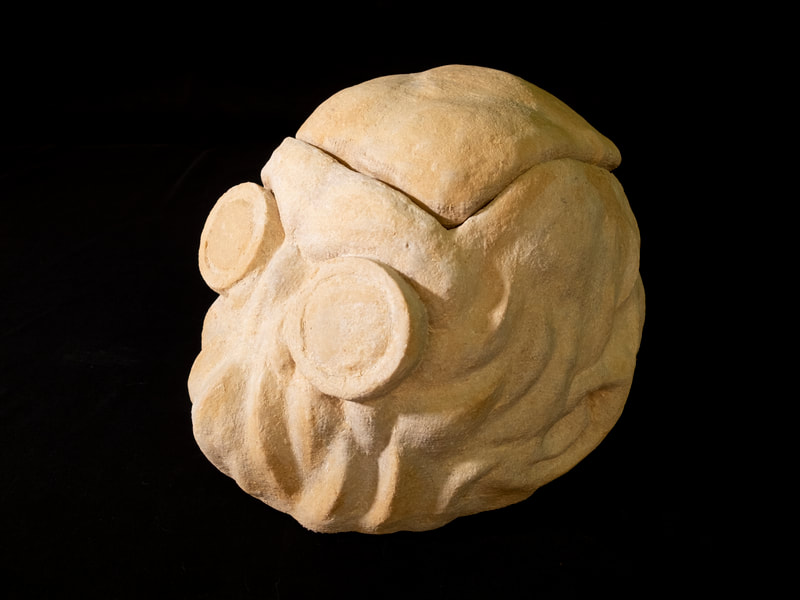 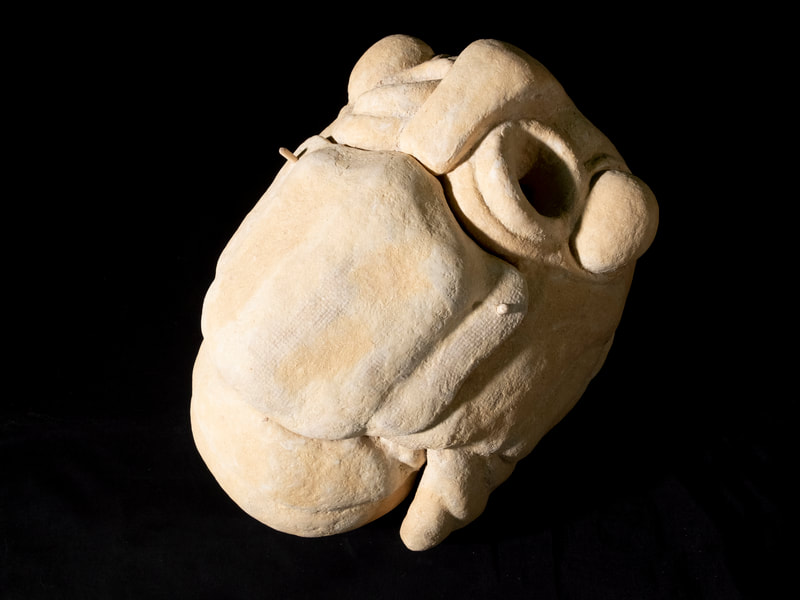 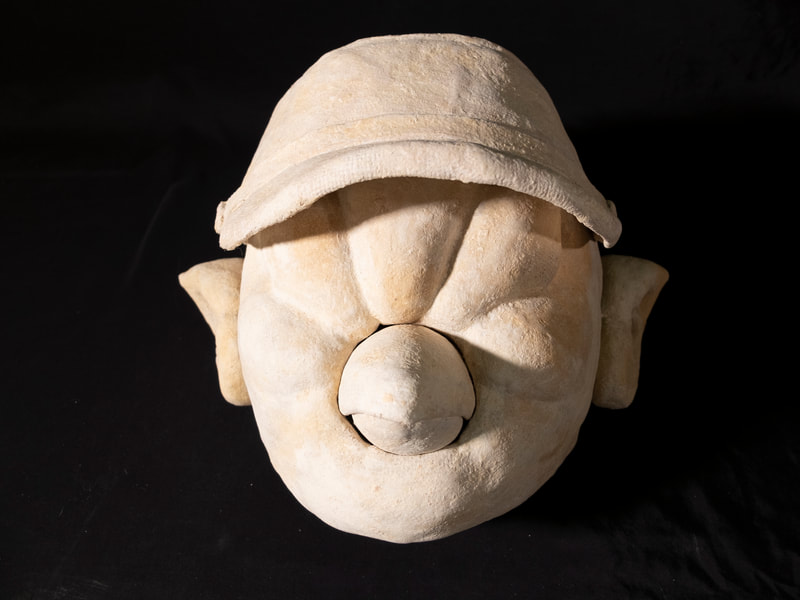 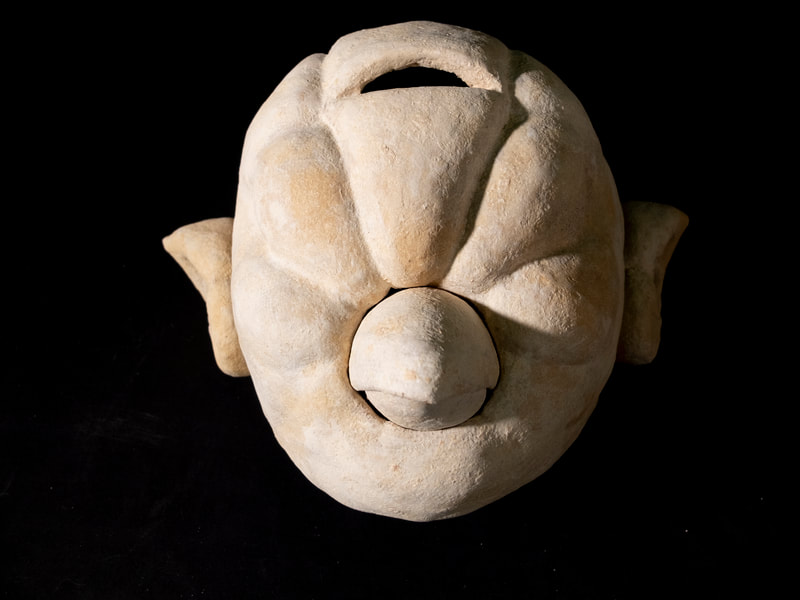 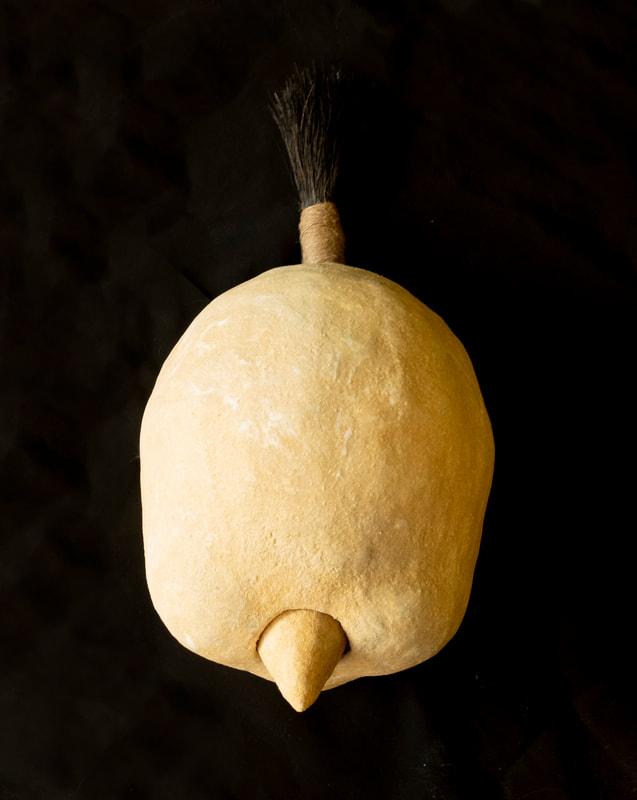 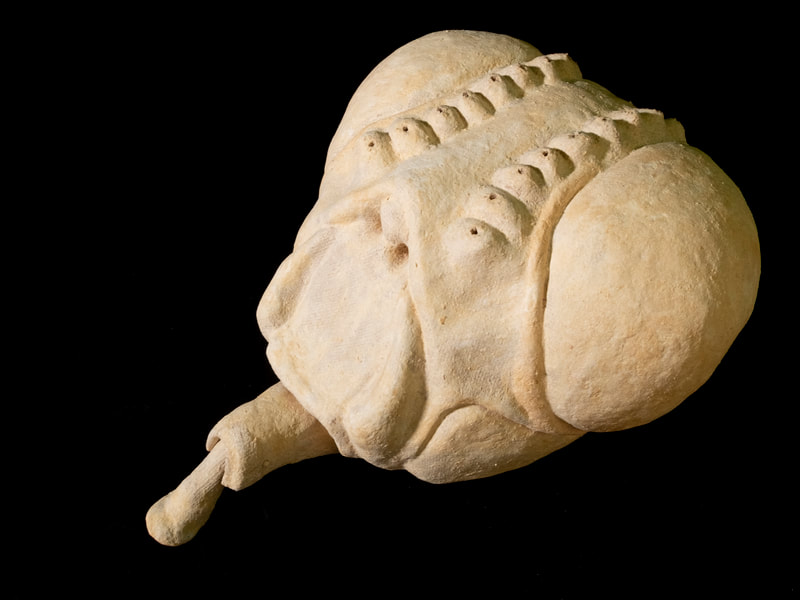 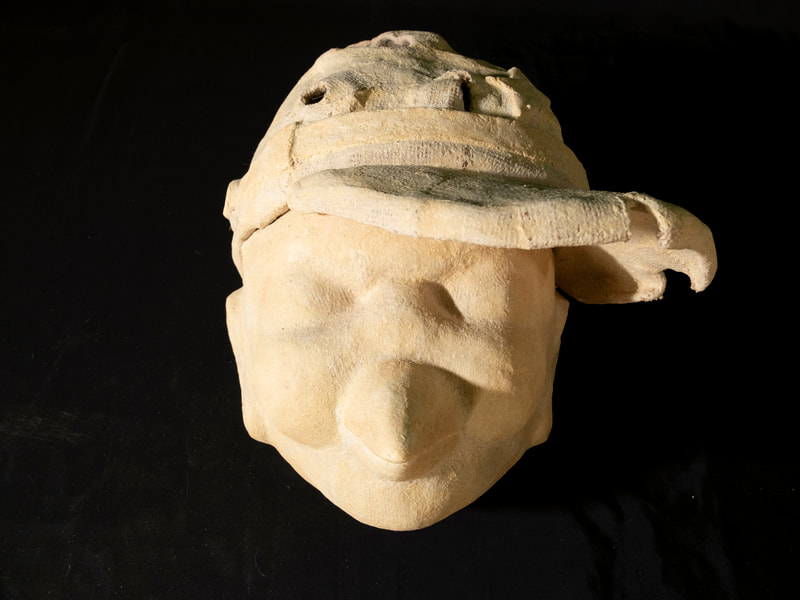 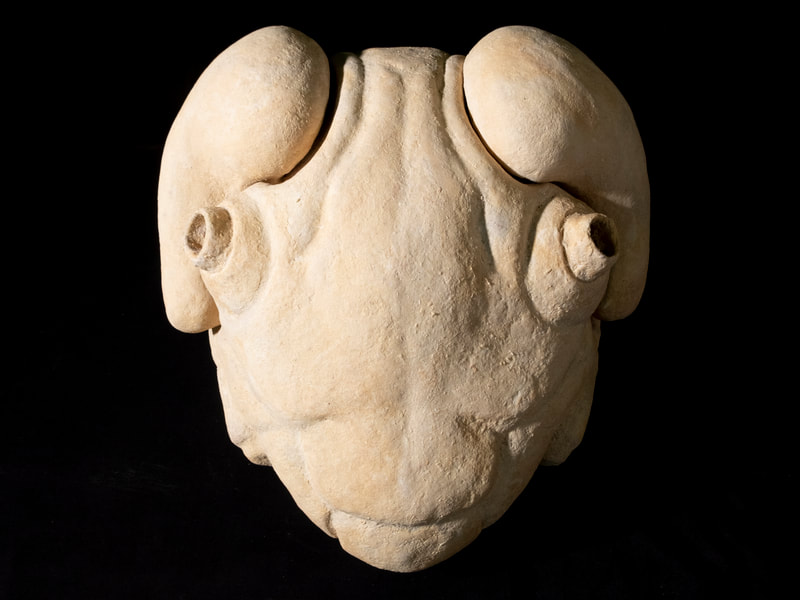 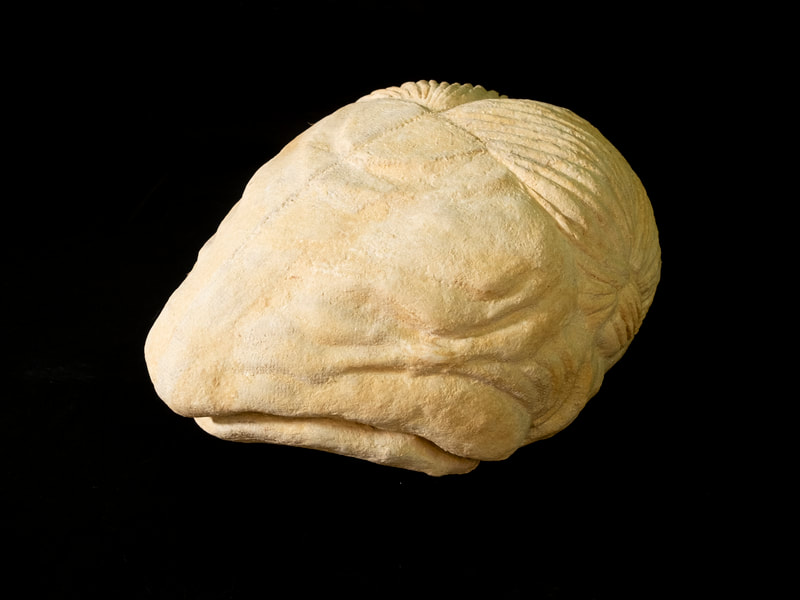 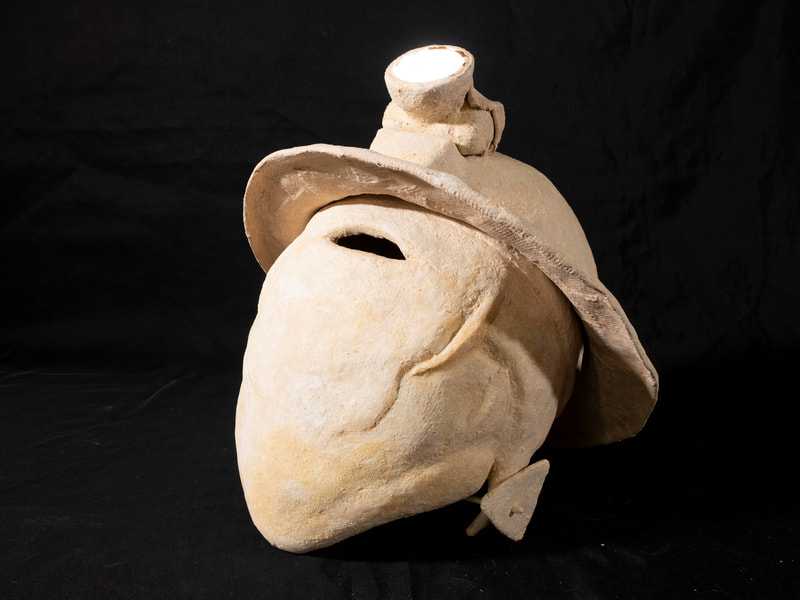 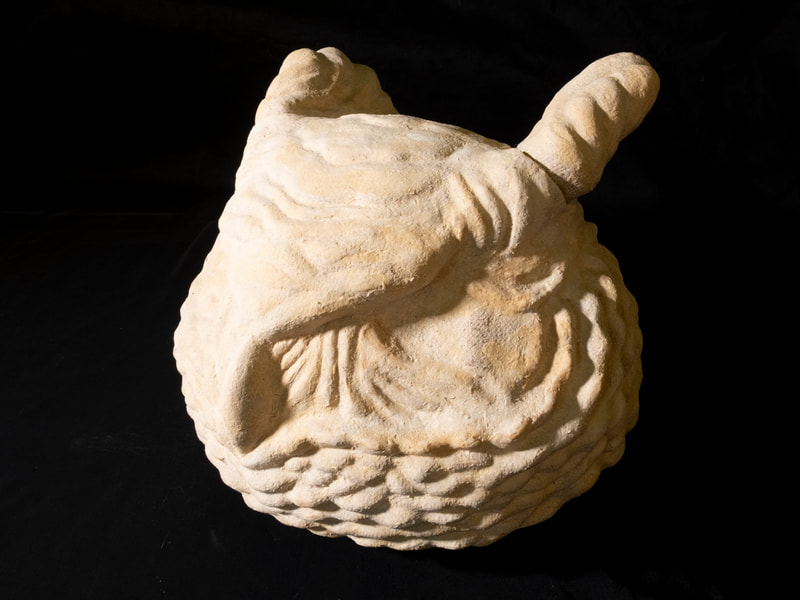 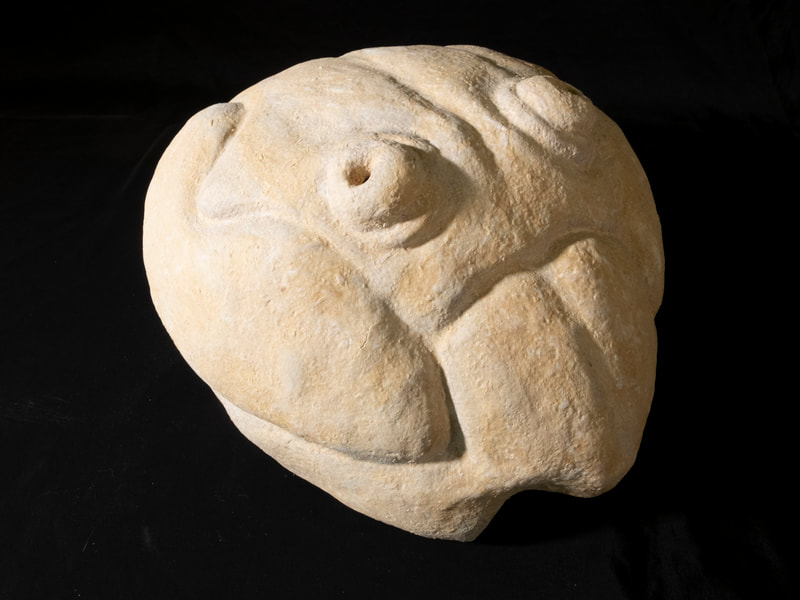 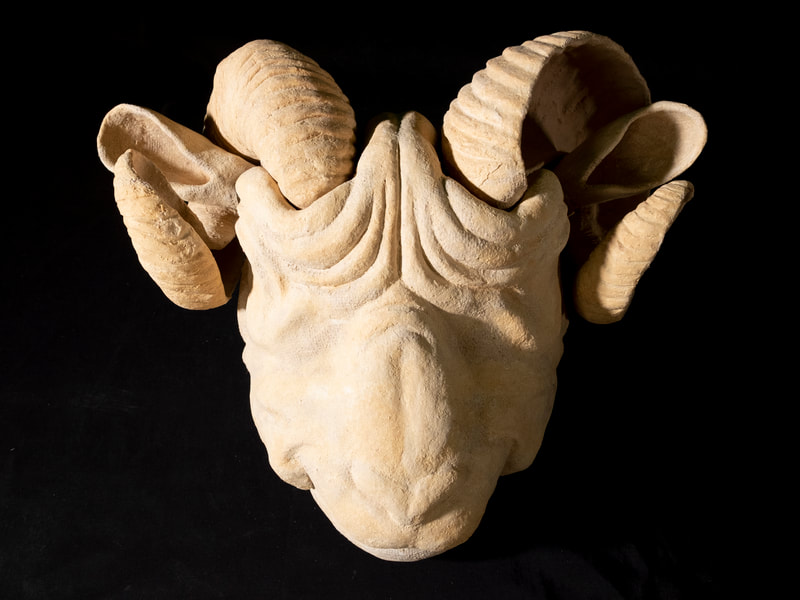 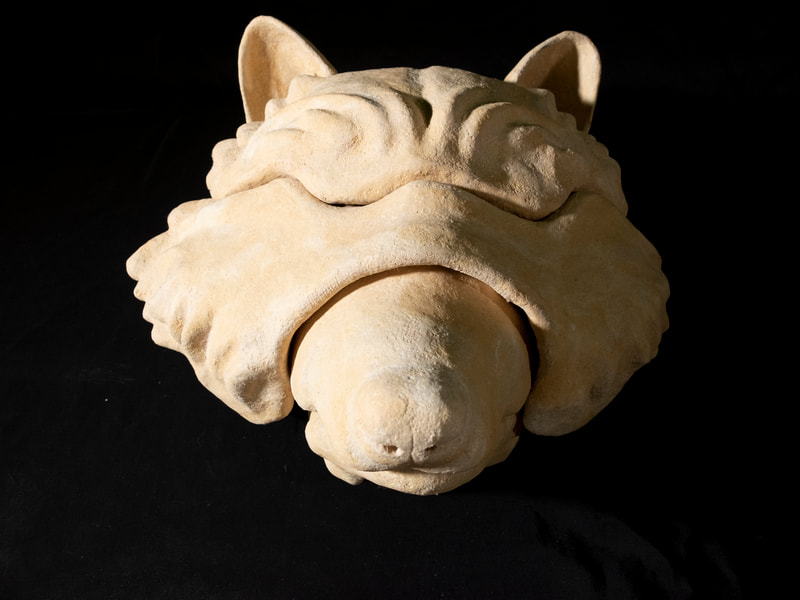 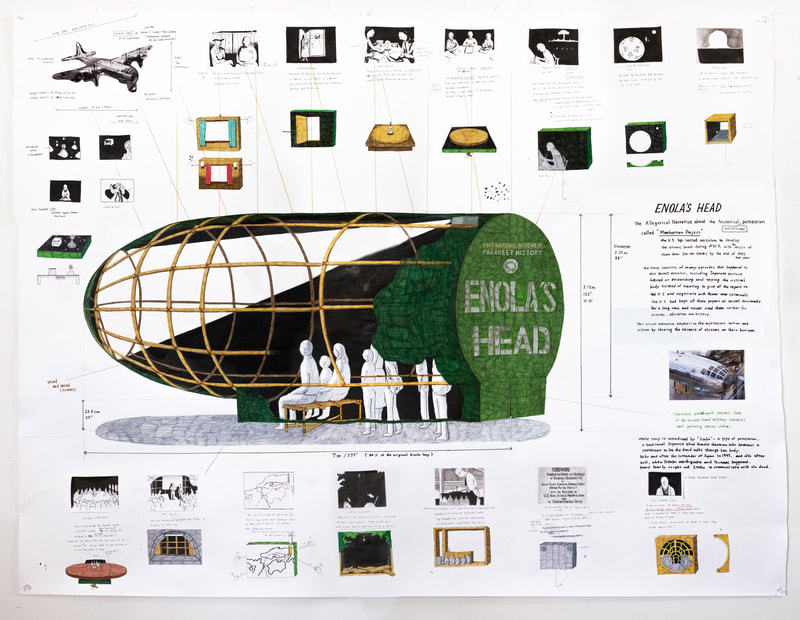 "ENOLA'S HEAD" traces the history of nuclear weapons from World War II, the Cold War to the present, and consists of the episodes of the Japanese and American victims, historians, activists, disarmament experts, physicists, journalists, and educators whom I actually met and interviewed. I included many stories that are not well known in nuclear history. The story takes the approach of science fiction and is driven by 14 non-human character with masks that remind ancient artifacts. I created these masks referring to the material and production process of the extinct culture called Gigaku that was performed in Japan in the 7th and 8th centuries via the Silk Road from Central Asia. The theater of ENOLA GAY refers to the large lion that appears in Gigaku. Just as performers entered the lion of Gigaku, the viewers enter ENOLA'S HEAD head and experience a long story about nuclear weapons. It is the story of a world where reasonably committing mass murder is called civilization.
In the work, all country names and place names are set as fiction, and personal names do not appear. The real names are the historical devices and tools such as "ENOLA GAY," "B-29", "Norden Bombsight", "Fat Man", which were the revolutions due to the development of science and technology. Also, the historical projects such as "Manhattan Project," "Trinity," "Life Span Study," "Castle Bravo," and "Green Run" are the real names. The viewers are conceived to be able to compare stories happening in another world with their own world and imagine the reality that has not yet been seen, and what may happen in the future.
© 2015 Gaku Tsutaja