Viewers are invited to the official Instagram page of The Post-National Museum of Parakeet History through a QR code on the billboard in the sculpture.
Official Instagram
A suitcase containing stones, this portable sculpture is very heavy. Here the immigrant’s conflict is expressed by various symbols: the suitcase represents freedom and a sense of distance; the stones symbolize the earth and landscape, and, at the same time, heaviness and non-identity; dead trees and mummified, dried- out animals, a frog (“Kaeru” in Japanese, which has two meanings of ‘frog’ and ‘going home’) and a gecko ("Yamori” in Japanese, which means to ‘protect the home’). On the “billboard” image, a parakeet protagonist is looking at a QR code made in Japan, which to the parakeet looks like a mysterious geometric design. Using their phones to scan the code, viewers access the official Instagram page of the Post-National Museum of Parakeet History.

Their Instagram starts with FABLE consists of 20 scenes. It opens with parakeets visiting an island, which reflects my own position as an immigrant far away from my home land. When I started this narrative drawing series, I didn’t know what kind of story would be expressed through the monk parakeets. I surprised myself with scene 4, “A Dome Shaped Building,” in which I drew a specific building with a dome shaped roof: it’s not a common type of architecture in Japan, but it is the shape of the Hiroshima Peace Memorial in Hiroshima (commonly called Atomic Bomb Dome) which has that type of roof.11 From here, the story begins address the topic of the atomic bomb. Some of the drawings reference famous pictures I found during Internet research. 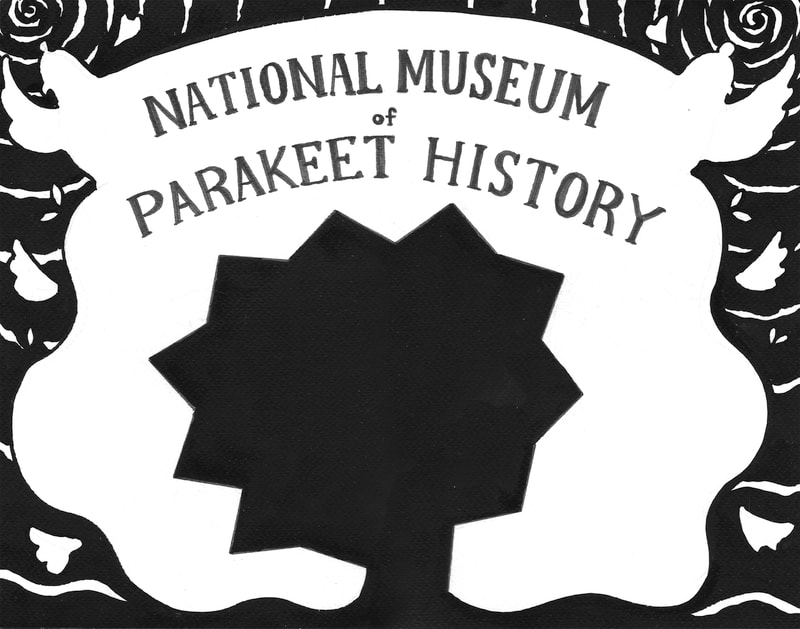 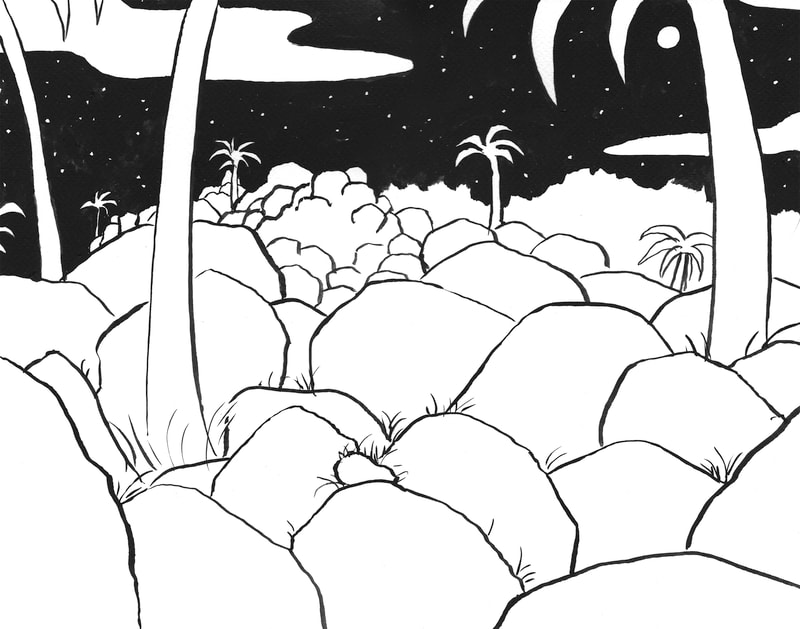 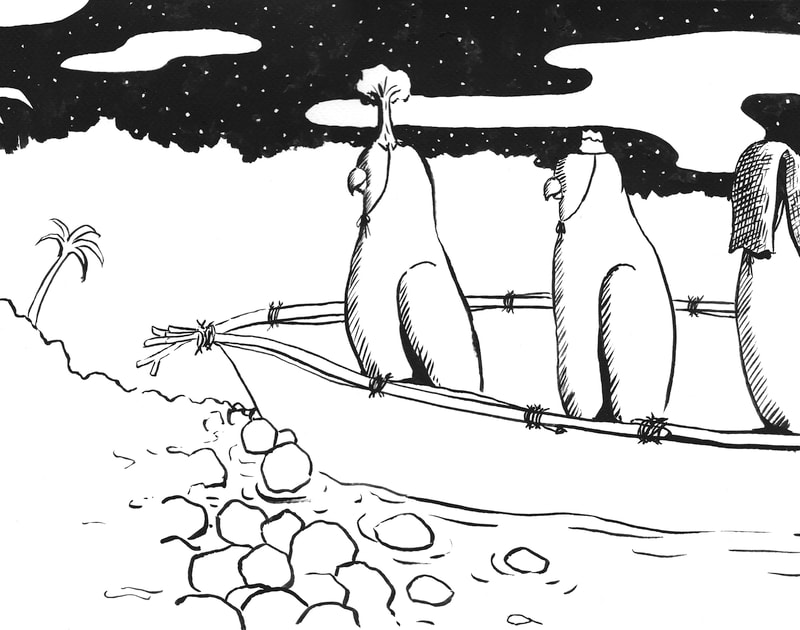 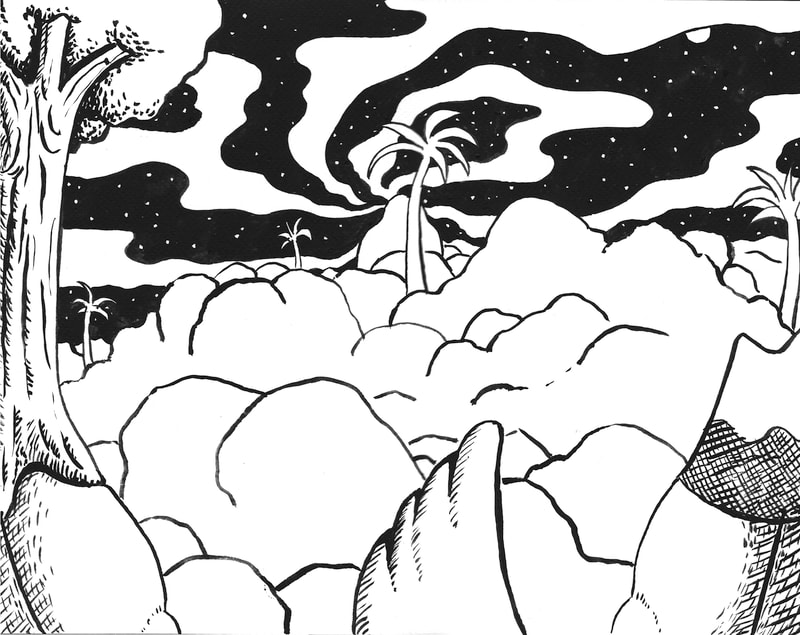 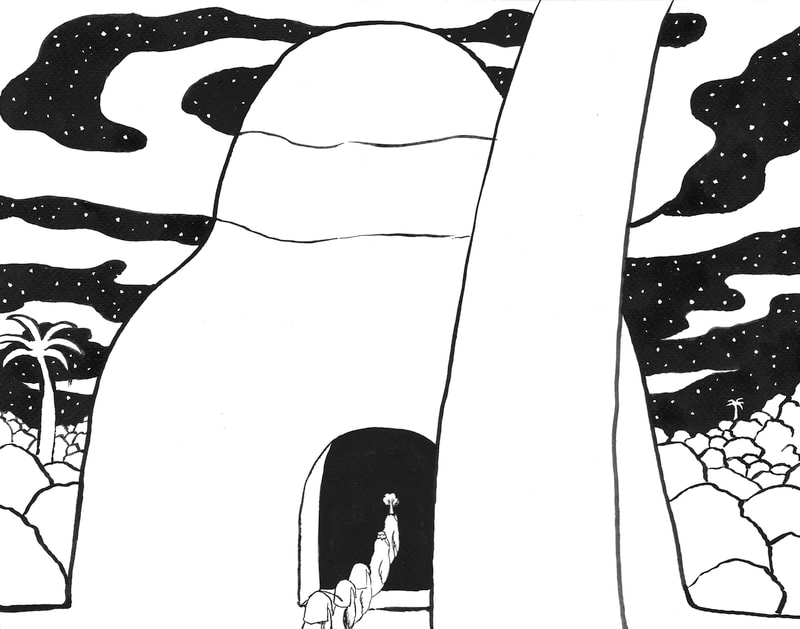 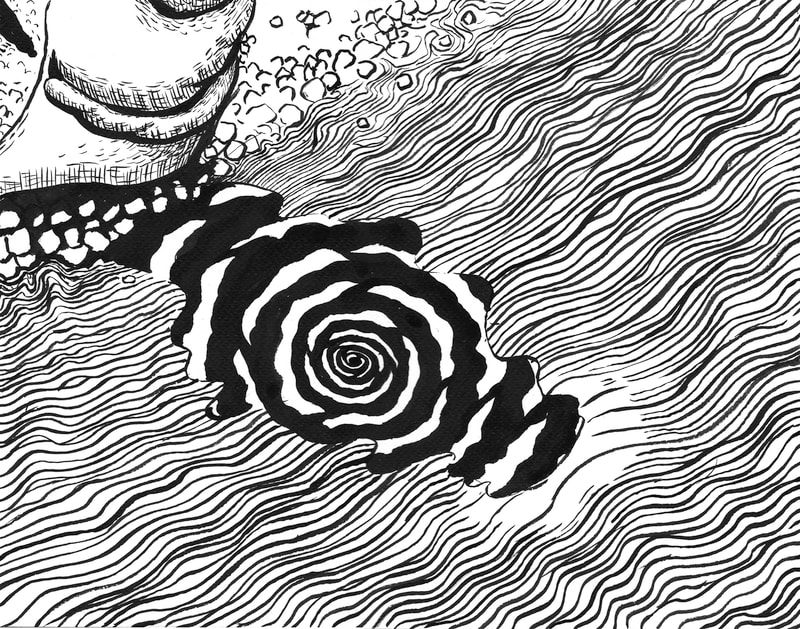 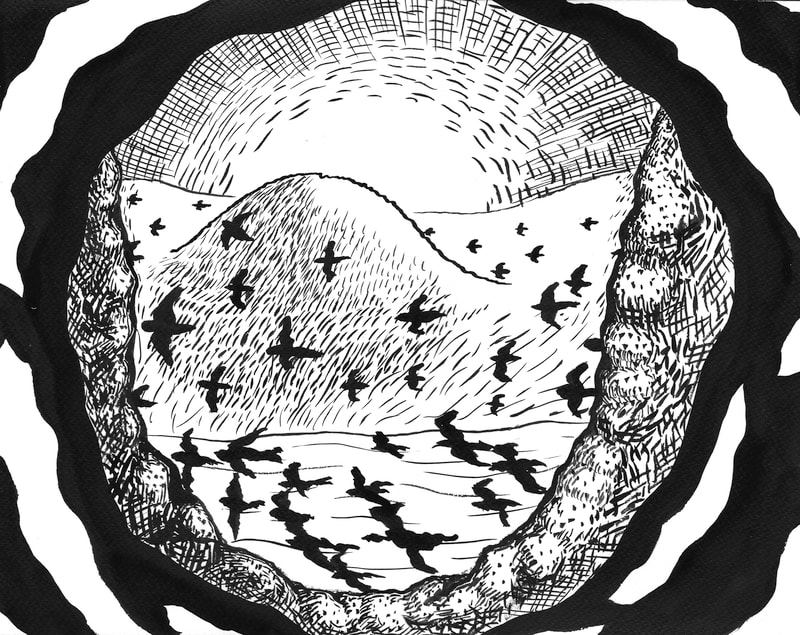 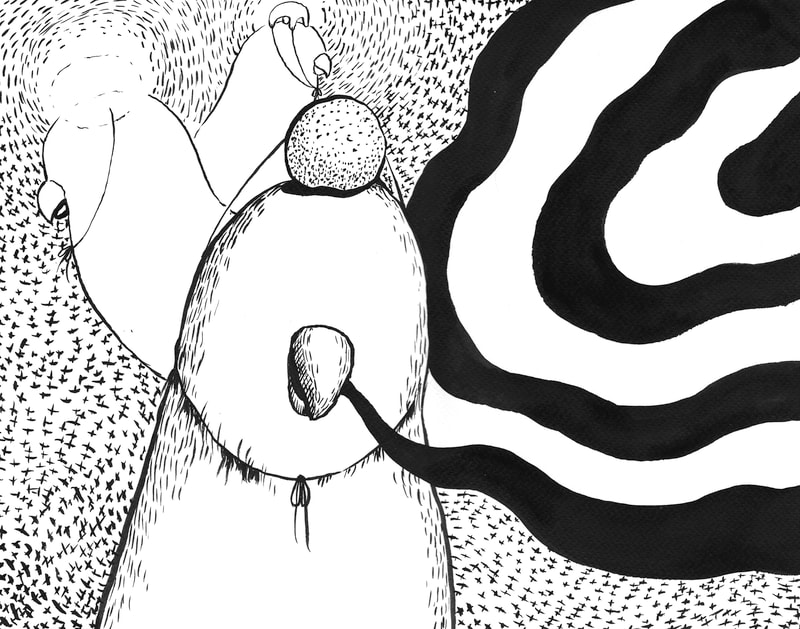 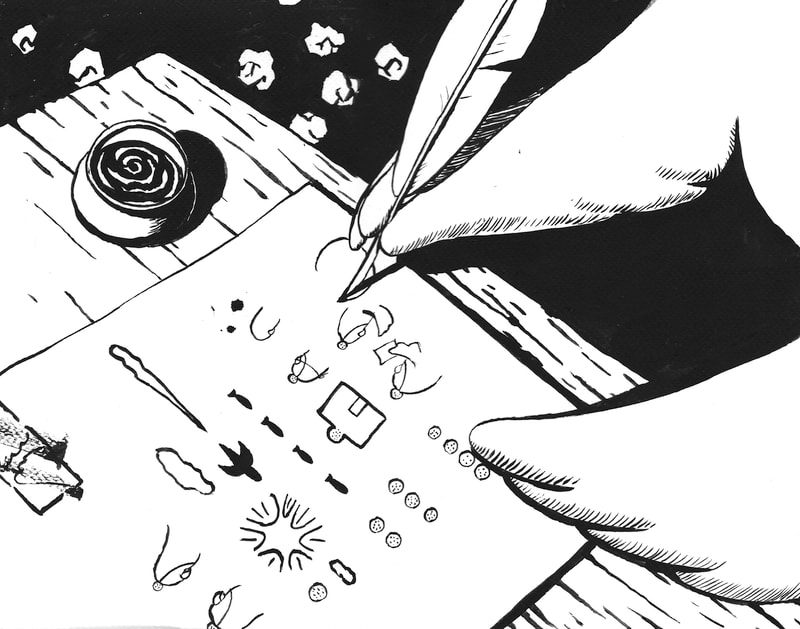 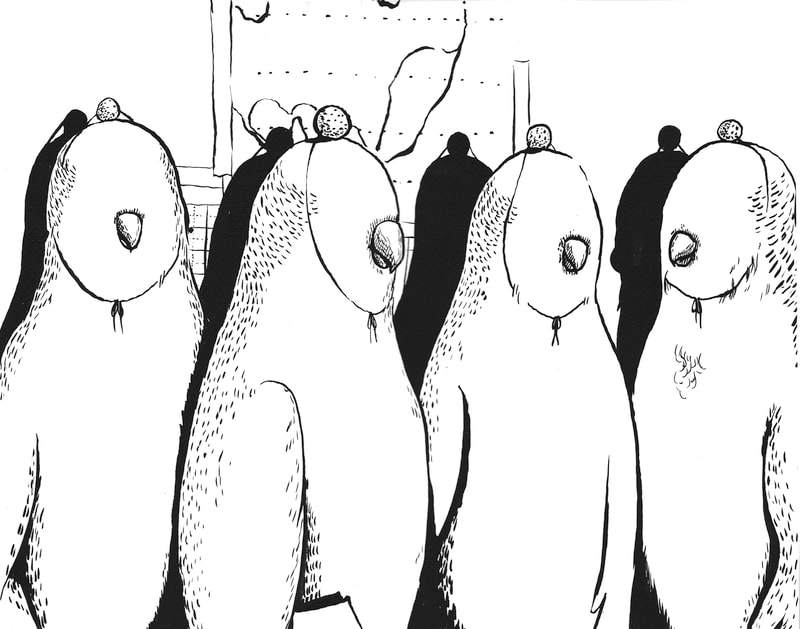 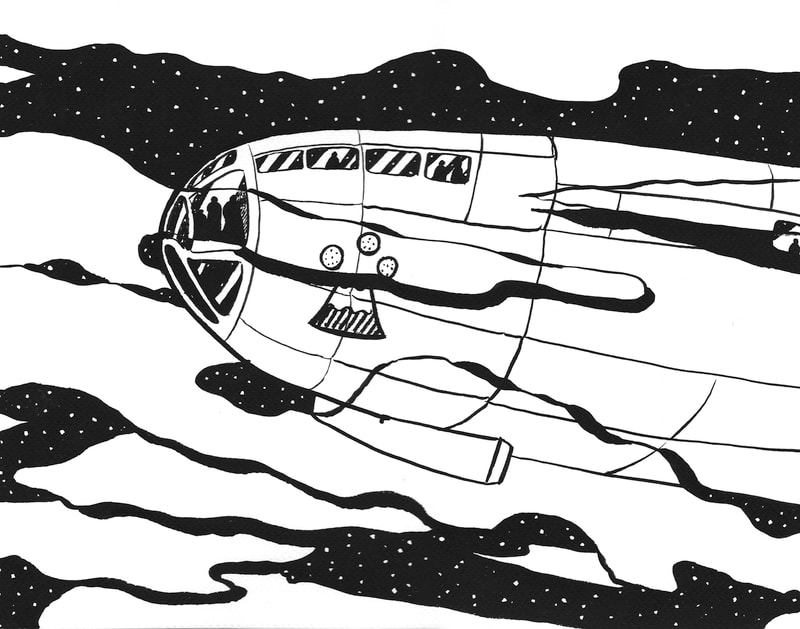 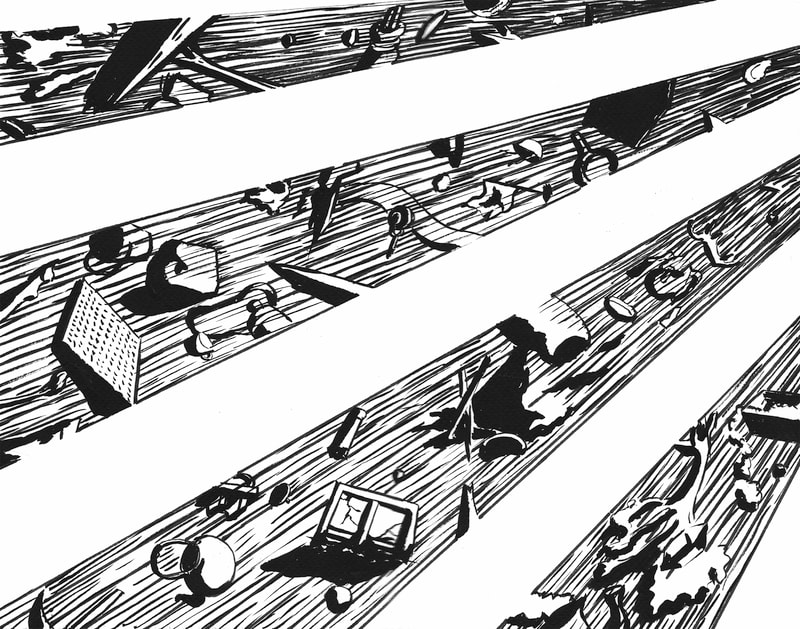 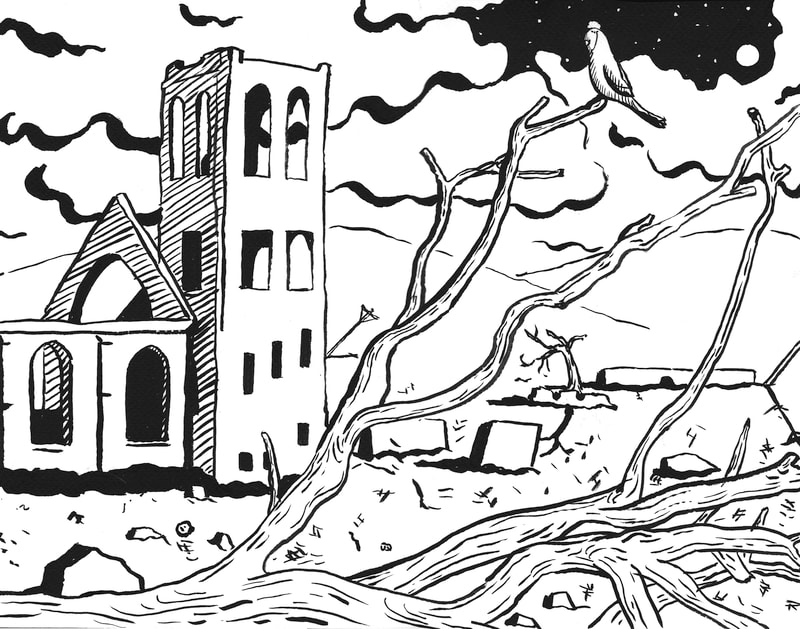 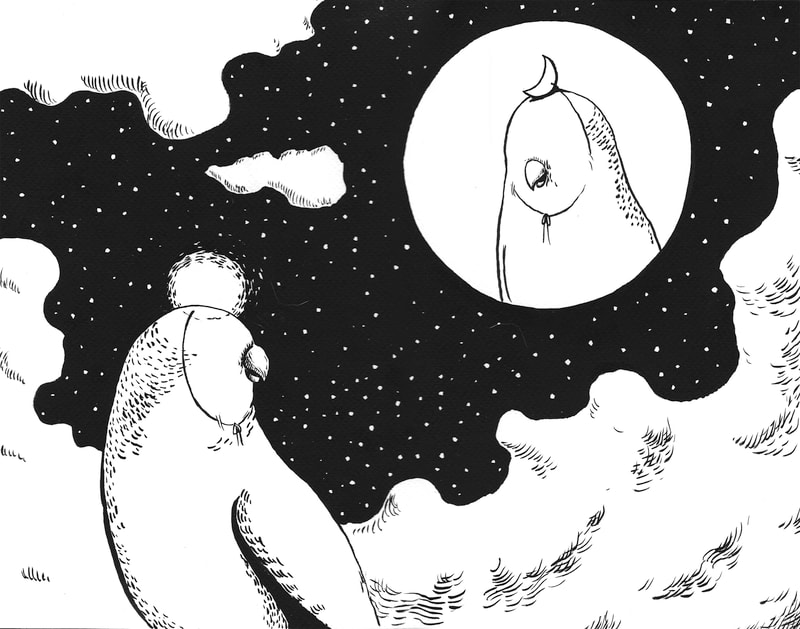 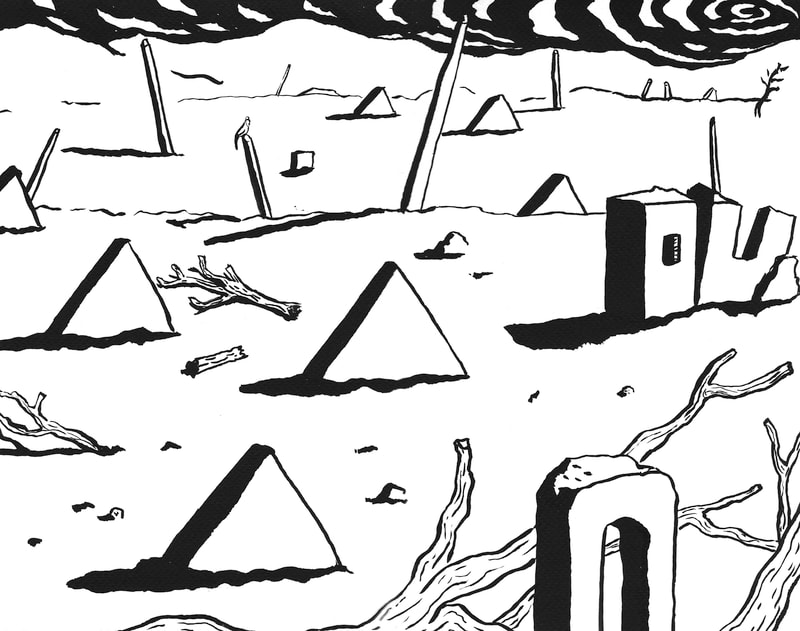 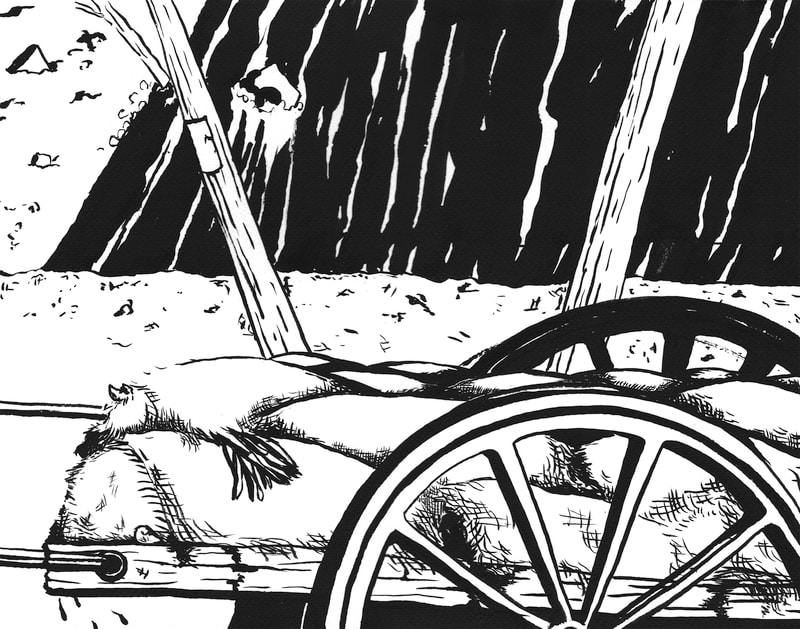 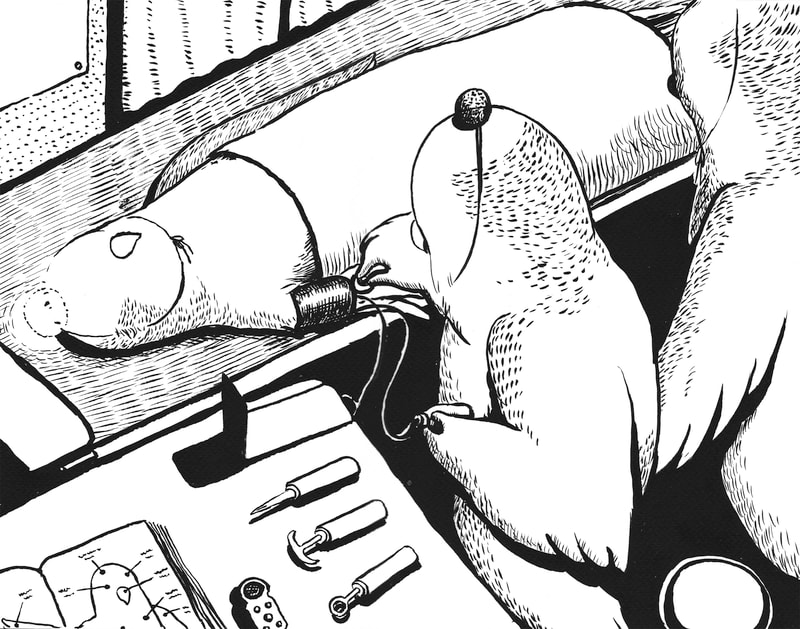 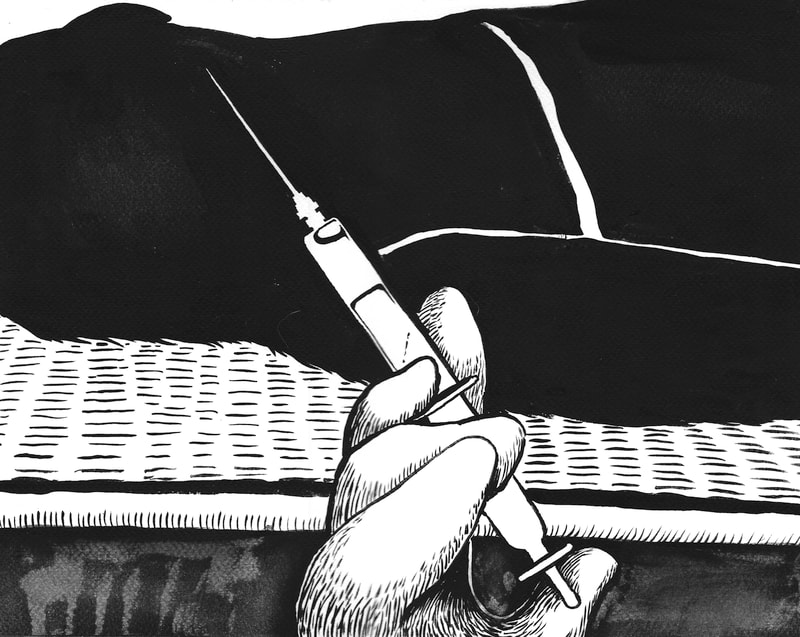 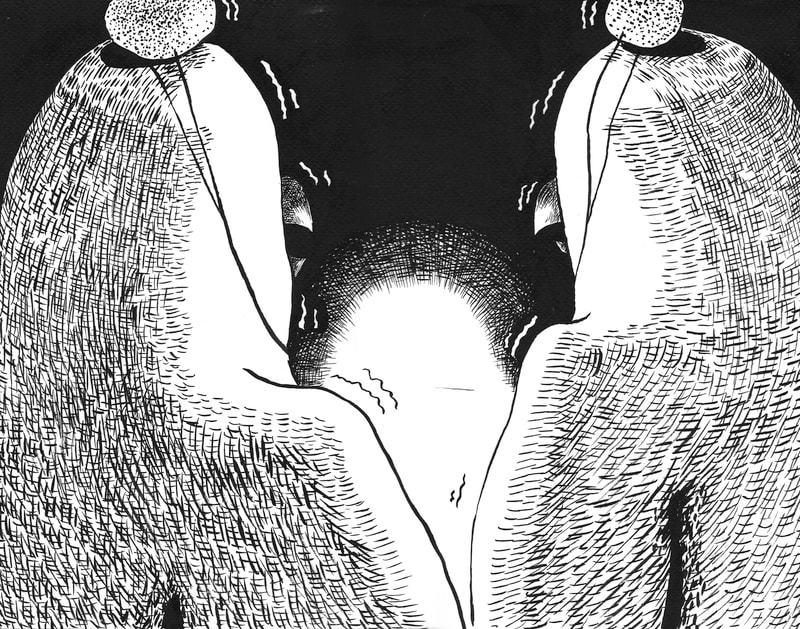 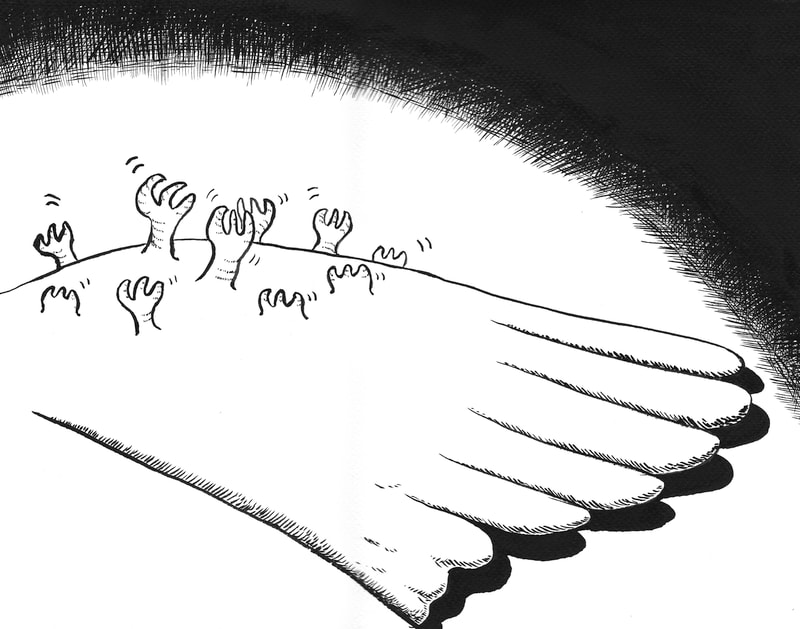 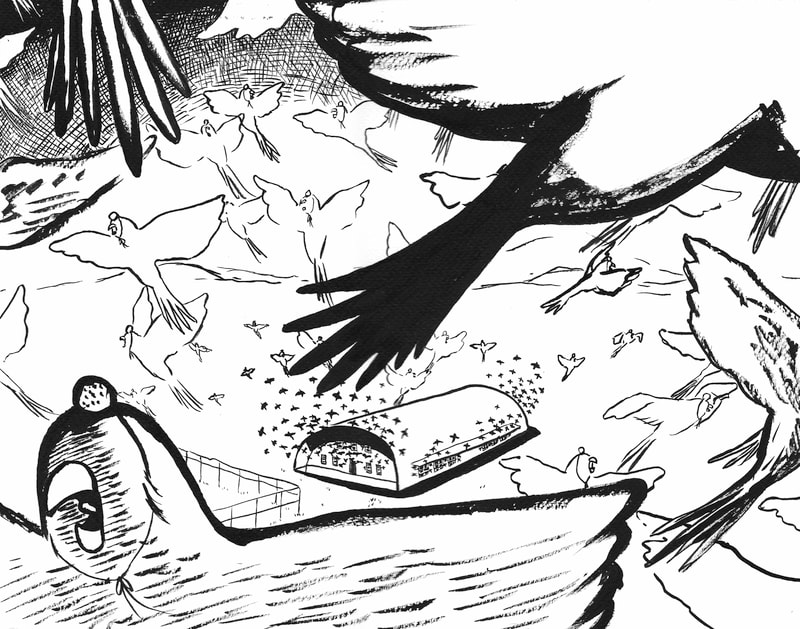